Joaquin Phoenix's audition for 'Joker' is finally here and it is amazing.

Joaquin Phoenix's acting in the movie 'Joker' will go down in history as one of the best acting performances of the decade. In October 2018, production was in full swing for the 'Joker' movie. In fact, there were casting calls looking for background extras to work on an upscale scene in New York City. But, one of the biggest casting calls for the movie took place months before and it was for the role of Arthur Fleck better known as The Joker. In a recently released video by Flashback Filmmaking, the audition shows actor Joaquin Phoenix in character for the feature film. The video audition also shows his dance moves, costume, and other key aspects of the Joker movie. Ultimately, the movie's director Todd Phillips made the right decision. 'Joker' was a hit at the box office and Joaquin Phoenix is on track to win an Academy Award for his performance in the comic book movie.

Joaquin Phoenix opens up about his 'Joker' acting method. 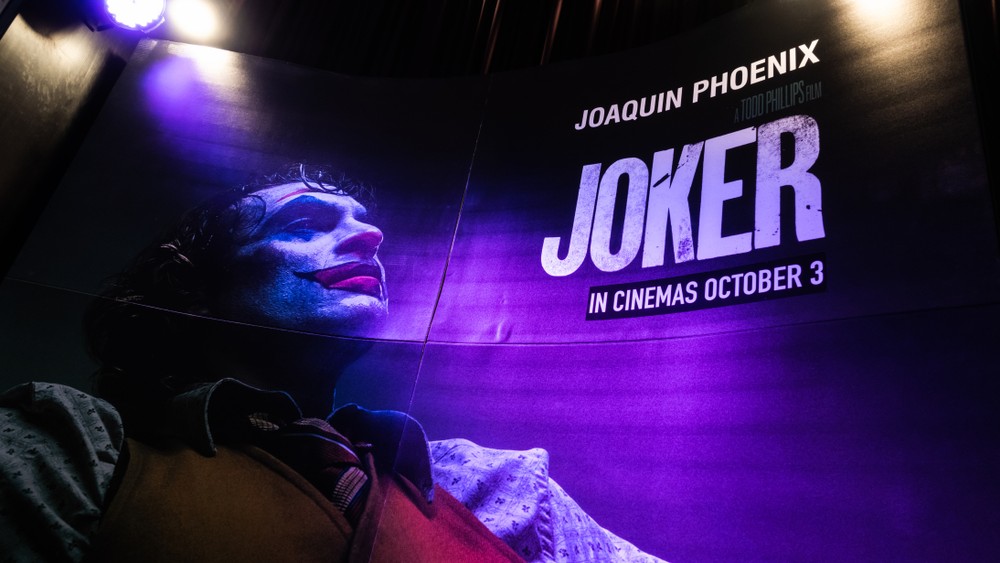 Oct 1, 2019: Joker movie backdrop poster with spotlights showing in movie theatre. Cinema promotional advertisement, or film industry marketing concept - Image (Editorial credit: Sushiman / Shutterstock.com
) Joker, which Project Casting previously shared casting calls for, has become a cultural phenomenon. The Academy has nominated Joaquin Phoenix three times. While the actor is known for not talking very much to the media, he does share his acting process for his new movie 'Joker'. Related: 5 Acting Techniques You NEED to Know If You Want to Become an Actor The movie maps the progression of the eponymous figure from a disenfranchised, psychologically disturbed loner into a violent madman who inspires violence. Phoenix has drawn praise for his acting performance. Phoenix revealed his thoughts and acting process for when the movie debuted at the Venice Film Festival, where the feature won the coveted Golden Lion award.

What is Joaquin Phoenix's acting technique for 'Joker'?

While many actors have played Joker on TV shows and movies including Caesar Romero, Jack Nicholson, Mark Hamill, and Heath Ledger, Phoenix admitted he wanted to take his own approach to the world-famous comic book character. Related: ‘Joker’: Joquain Phoenix Curses Out Crew Member on Set (VIDEO) Joaquin Phoenix said he wanted to do it his way. He says, "For me, the attraction to make this film and this character was that we were going to approach it in our own way. So for me, I didn’t refer to past interpretations of the character.” LOS ANGELES, USA. September 29, 2019: Joaquin Phoenix at the premiere of "Joker" at the TCL Chinese Theatre, Hollywood. Picture: Paul Smith/Featureflash - Image (Editorial credit: Featureflash Photo Agency / Shutterstock.com)

Phoenix changed his body physically. He did not just put on makeup. Phoenix lost over 50 pounds to reflect the character's mental and physical attributes. He says, “The first thing for us was the weight loss—I think that’s really what I started with. And, as it turns out, that then affects your psychology. You start to go mad when you lose that amount of weight in that amount of time. There’s a book that I read about political assassins and would-be assassins that I thought was really interesting, and kind of breaks down the different types of personalities that do those sorts of things.” Related: ‘Joker’ Director Todd Phillips Discusses The Movie’s Violence Controversy

To find his Joker identity Joaquin Phoenix actor wrote in a journal to find the character's mindset. Phoenix explains, “Very early on in the rehearsal, I was given the journal that he had—his journal and joke diary. And that was really helpful, because I had been there for a couple of weeks and wasn’t sure how I was going to start, and Todd [Phillips, director] sent this [empty]journal. I didn’t know what to write, so I asked [Todd] for some suggestions, and after a few days, I ignored his suggestions and suddenly it was coming out. It became a really important part of the discovery of the character at that time.” LOS ANGELES, USA. September 29, 2019: Shea Shigham, Glenn Fleshler, Josh Pais, Brett Cullen, Frances Conroy, Todd Phillips, Joaquin Phoenix, Leigh Gill, Zazie Beetz, Marc Maron & Emma Tillinger Koskof - Image (Featureflash Photo Agency / Shutterstock.com)

Phoenix reveals it required a lot of practice to find the right voice for his version of Joker's laugh. He explained, "Before I even read the script, Todd came over and talked me through what he wanted out of this character and this movie, and he showed me some videos, and he described the laughter as something that was almost painful. And so ultimately, I think Joker is a part of him that’s trying to emerge, and I think that was a really interesting way of looking at this laugh… It felt like a new, fresh way of looking at it. But honestly, I didn’t think that I could do it. I would practice alone and then asked Todd to come over to audition my laugh, because I felt like I had to do it on the spot and in front of somebody else. It took me a long time.” Related: ‘Joker’: Joaquin Phoenix Walks Out of Interview After This Difficult Question Todd Phillips, Joaquin Phoenix, Zazie Beetz, Leigh Gill and Marc Maron at the Los Angeles premiere of 'Joker' held at the TCL Chinese Theatre IMAX in Hollywood, USA on September 28, 2019. - Image (Editorial credit: Tinseltown / Shutterstock.com)

Introduction Welcome to your Acting learning journey! After working in the entertainment industry for over a decade, we have realized there is a lot of misinformation, and many aspiring actors are stumbling to find success in...

Tom Hardy shares his acting process for the Georgia-filmed Venom movie. Tom Hardy has quickly become one of Hollywood’s leading actors. In his next project, the Oscar-nominated actor will star in the upcoming Venom movie, which is...

Beginner’s Guide: How to Become a Method Actor

Here's how to become a better method actor. Time and time again, we see people mention method acting, and quite frankly, people don't really know what they are talking about. Method acting is not a dangerous...
Previous articleMatt Damon Turned Down 'Avatar' Role and Lost Out on $250 Million
Next article'When They See Us' Netflix Casting Director Shares Tips for Aspiring Actors