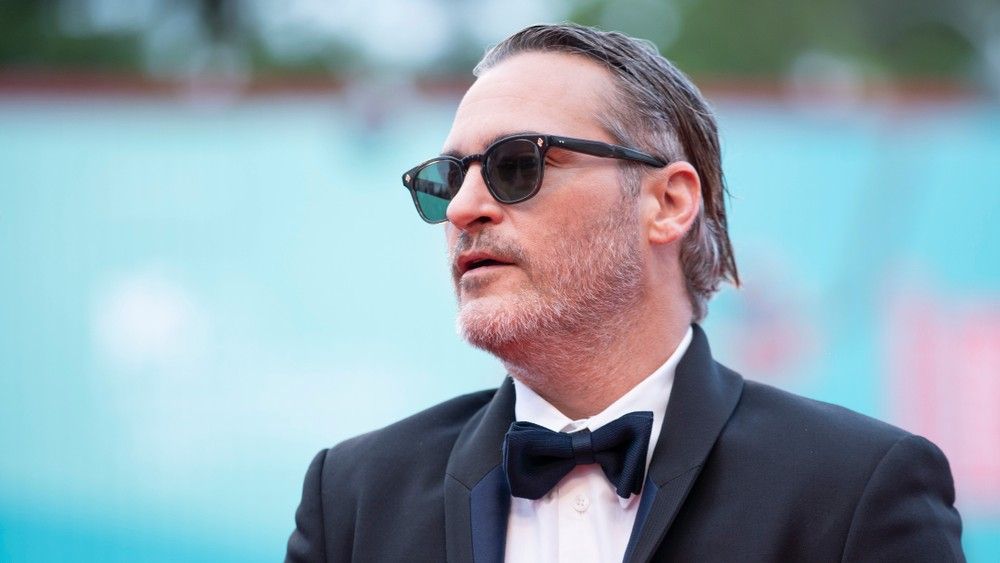 On Tuesday night, Joaquin Phoenix joined host Jimmy Kimmel for "Jimmy Kimmel Live!". The actor was there to promote his upcoming "Joker," movie but Phoenix got more than he expected after Kimmel aired some apparent behind-the-scenes footage from the set of the forthcoming feature film. In the "Joker" behind-the-scenes clip, Phoenix can be heard complaining about a cinematographer named Larry for whispering on the set and calling him Cher: “The constant whispering just shut the [ bleep > up dude. I’m trying to like find something real. [ bleep ] dude. [ bleep ]. Sorry, [ bleep ]. It’s not a big deal. It’s not a big deal. Yeah, it kinda is. [ bleep ]. I know you started the [ bleep ] Cher thing, Larry. [ bleep ] making fun of me. Like I’m a [ bleep ] diva. It’s not even an insult. Cher, really? Singer, actor, dancer, fashion icon — how’s that a [ bleep ] insult? [ bleep ] I can’t do this, man.” Phoenix did look embarrassed by the clip, telling Kimmel, "Look, sometimes, movies get intense because you’re a lot of people in a small space and you’re trying to find something. So you can feel intense, but um, that was supposed to be private” before going on to apologize for his words." Phoenix also shared his family's reaction to the movie. After watching, Pheonix said his sisters got into a heated discussion, which is also the only project they have seen, he explained with a laugh. It is unclear if Phoenix's reaction is real or if he is just acting. Although it is very likely, it is some form of performance art. Keep in mind, in 2009, Phoenix visited the set of David Letterman in character for the lead up to his documentary "I'm Still Here".

Director Todd Phillips addressed the violence controversy surrounding the “Joker” movie. He explained that they “didn’t make the movie to push buttons.”

Phillips knows the film is an easy target in today’s political climate, “what’s outstanding to me in this discourse in this movie is how easily the far left can sound like the far right when it suits their agenda. It’s really been eye-opening for me.”

“I literally described to Joaquin at one point in those three months as like, ‘Look at this as a way to sneak a real movie in the studio system under the guise of a comic book film’. It wasn’t, ‘We want to glorify this behavior.’ It was literally like ‘Let’s make a real movie with a real budget and we’ll call it f*cking Joker’. That’s what it was.”

‘Joker’: Joaquin Phoenix Walks Out of Interview After This Difficult Question

Joaquin Phoenix is currently doing promo for his upcoming feature film, “Joker” and walked out of an interview. In a recent interview with “The Telegraph,” he was asked a question regarding the upcoming film’s potential…

Warner Bros.’ ‘The Joker’ Casting Call for an Upscale Scene