HomeEntertainment NewsJohn Travolta Opens Up About the Gay Affair Allegations 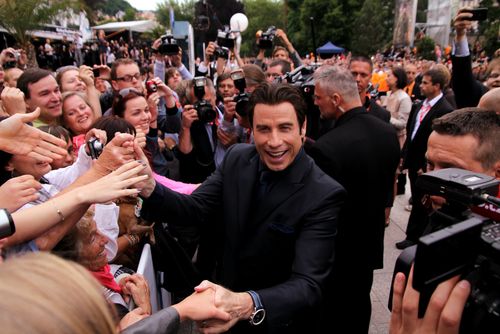 John Travolta opens up about the recent gay affair allegations.

In a recent interview, John Travolta dismissed the recent allegations suggesting he had a steamy gay affair with his former pilot and insisted all of the former alleged lovers were simply after a big pay day. The award winning actor is fighting legal action from Douglas Gotterba, who is seeking to write a tell-all book about an alleged romance with the actor. According to reports, Gotterba worked as the star's pilot in the 1980s and during that point in time they had a gay affair. Travolta has had a history of speculation over his sexuality, despite being married to Kelly Preston since 1991, he is convinced Gotterba's reasons for going public was all about the money. Travolta revealed to TheDailyBeast.com that, "This is every celebrity's Achilles heel. It's just about people wanting money. That's all. It happens on many levels." Travolta continued, "Other people may attack it back (sic) more than I do, but I let all the media stuff go a long time ago because I can't control it. I think that's why it (gay rumours) persists, to some degree." Travolta previously hit headlines in 2012 after he was slapped with three separate suits for sexual battery, which were all subsequently withdrawn. More in the news: What do you think? Discuss this story with fellow Project Casting fans on Facebook. On Twitter, follow us at @projectcasting. Photo Credit: Aleš Studený / Shutterstock.com
Previous article‘CSI: Crime Scene Investigation’ Casting Call for FBI Agents in Los Angeles
Next articleMatthew McConaughey Won't Be in 'Magic Mike XXL'