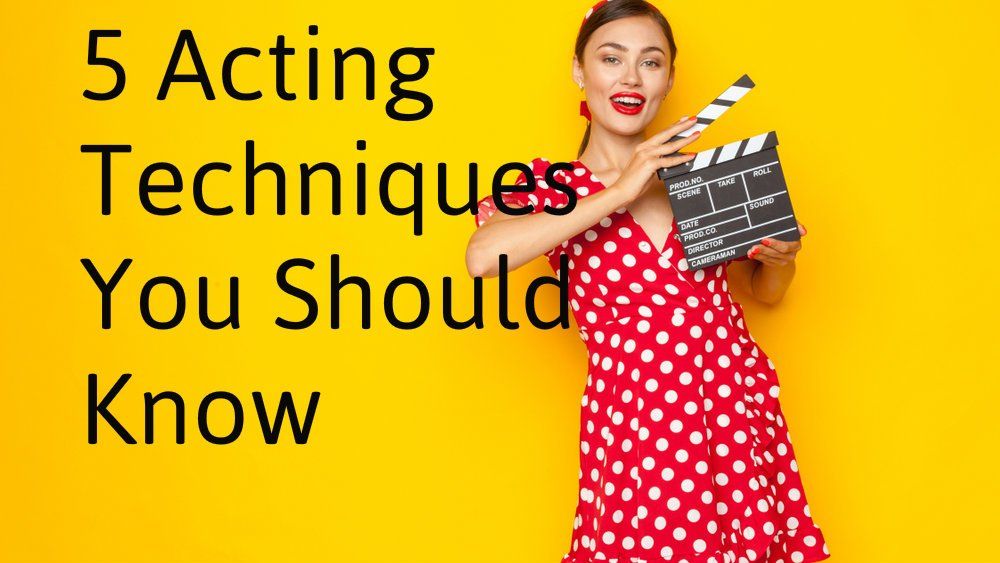 You may not realize it, but there are several different techniques when it comes to acting. Several of your favorite Hollywood A-list actors all employe different acting techniques to make their character come alive.

Here are 5 acting techniques you should know.

You may not realize it, but there are several different techniques when it comes to acting. Several of your favorite Hollywood A-list actors all use different acting techniques to make their characters come alive.

The following is a list of acting techniques Hollywood actors use daily.

Constantin Stanislavski created the acting technique called Classical Acting. Stanislavsky's "system" is an acting technique that has a systematic approach to training actors. Areas of study include concentration, voice, physical skills, emotion memory, observation, and dramatic analysis. Stanislavsky's goal was to find a universally applicable approach that could be of service to all actors. He said of his system: "Create your method. Don't depend slavishly on mine. Makeup something that will work for you! However, keep breaking traditions, I beg you." In Stanislavski's system, also known as the Stanislavski's method, uses an actor's feelings and experiences to connect with the character they are portraying. The actor puts himself or herself in the mindset of the characters finding things in common to give a more accurate portrayal of the character. 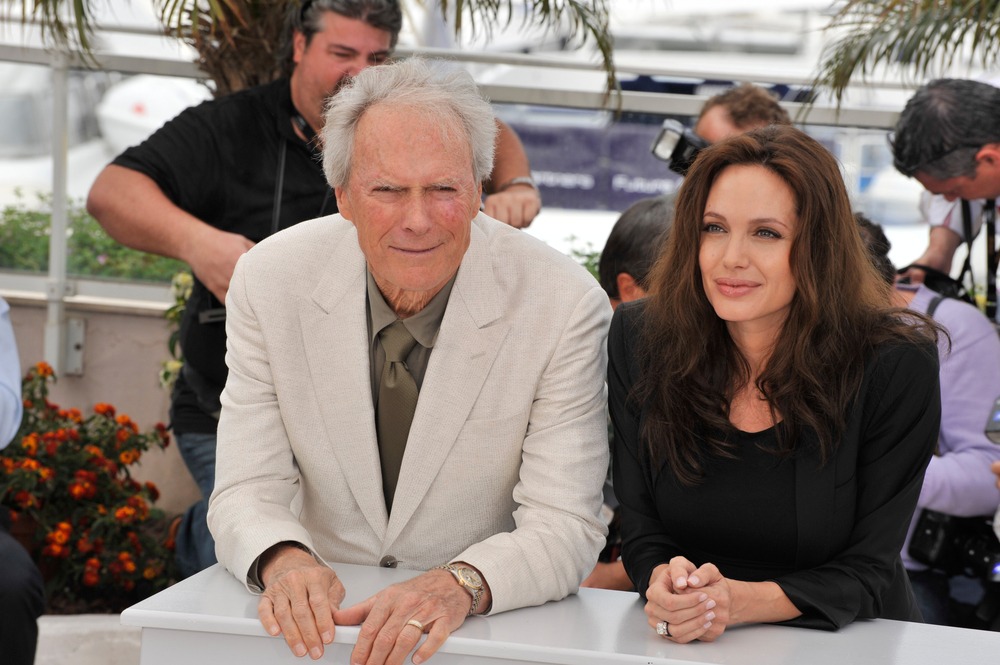 Clint Eastwood & Angelina Jolie at the photocall for their new movie "Changeling" at the 61st Annual Cannes Film Festival. May 20, 2008, Cannes, France. Picture: Paul Smith / Featureflash - Image (Featureflash Photo Agency / Shutterstock.com) Michael Chekhov was a student of Stanislavski, and he would later add to the Stanislavski's system. Chekhov was a Russian-American actor and author. His acting technique has been used by actors such as Clint Eastwood, Marilyn Monroe, and Yul Brynner. Between 1930-1935 Michael Chekhov worked in Kaunas State Drama Theatre in Lithuania. Between 1936 and 1939, Chekhov established The Chekhov Theatre School at Dartington Hall in Devon, England. Following developments in Germany that threatened the outbreak of war in 1938, his school moved to Connecticut in the United States, where it took up residence of an old boarding school, awarding its first diplomas in 1939. In this technique, the actor focuses on the internal problem the character is facing and then expresses the issue in the form of movements. "Central to his method is an image of the Ideal Actor who, as a human being, is himself a two-fold instrument. As an embodied being, he has corporeality: “I have a body.” As a conscious being with thoughts, feelings, and will impulse, he has an inner self (psyche/soul): “I have an inner life.” In Chekhov ’s vocabulary, the term “psycho-physical” is shorthand to indicate the actor’s whole instrument, which by its essential parts, is both physical and psychological. Understandably then, the first goal of the method is for the two parts of the actor’s whole to develop together in the direction of their highest potential." [Source] In this technique, the actor physicalizes a character’s need or internal dynamic in the form of an external gesture. Subsequently, the outward gesture is suppressed and incorporated internally, allowing the physical memory to inform the performance on an unconscious level.  The Checkov Technique is a psycho-social approach to acting. The Chekhov Technique focuses on transformation, working with impulse, imagination, and inner and outer movements.

Helga Esteb / Shutterstock.com Method acting is credited to Lee Strasberg and the members of his Theater Group. For instance, actors Sanford Meisner, Robert Lewis, and Stella Adler all worked under Lee Strasberg, where they all developed the acting technique. Strasberg's teaching emphasized the practice of connecting to a character by drawing on personal emotions and memories, aided by a set of exercises and practices, including sense memory and affective memory. Stanislavski's system of acting as the foundation of Strasberg's technique. Followers of Strasberg's technology are now commonly referred to as "method actors." "If one listens to either its critics or supporters. Method Acting is described as a form of acting where the actor mystically ‘becomes’ the character or tries to live the role in life somehow literally. Like all clichés, both explanations are false. When Lee Strasberg defined what is popularly known as Method Acting, he used a simple declarative sentence: "Method acting is what all actors have always done whenever they acted well." [via] The method acting technique has different varieties. Overall, method techniques used by actors force actors to imagine themselves with the thoughts and emotions of their characters to develop lifelike performances. This type of acting method is common for many American actors you see on television, such as Jared Leto, Jake Gyllenhaal, and Angelina Jolie.

taniavolobueva / Shutterstock.com The Meisner Acting technique is closely related to the Method Acting technique. It requires the actor to focus not on themselves but entirely on the other actor as though he or she is real and only exists at the moment. This type of acting method makes the actor's scene seem more authentic to the audience. The essential exercise that Meisner invented to train actors' responses is called the Repetition Exercise. Here's an example of the activity: "In this exercise, two actors sit across from each other and respond to each other through a repeated phrase. The phrase is about each other's behavior, and reflects what is going on between them at the moment, such as "You look unhappy with me right now." The way this phrase is said as it is repeated changes in meaning, tone, and intensity to correspond with the behavior that each actor produces towards the other. Through this device, the actor stops thinking of what to say and do, and responds more freely and spontaneously, both physically and vocally. The exercise also eliminates line readings, since the way the actor speaks becomes coordinated with his behavioral response." Followers of the Meisner acting technique learn principles that help them find their expression in other people's responses. James Franco, Alec Baldwin, and Naomi Watts are actors that employ the Meisner acting technique.

LOS ANGELES - SEP 17: Felicity Huffman, William H Macy at the 69th Primetime Emmy Awards - Arrivals at the Microsoft Theater on September 17, 2017, in Los Angeles, CA - Image (Kathy Hutchins / Shutterstock.com) If the method acting was an apple, then Practical Aesthetics is oranges. Practical Aesthetics is an acting technique created by David Mamet and William H. Macy, based on the teachings of Stanislavsky, Sanford Meisner, and stoic philosopher Epictetus. Practical Aesthetics is based on the practice of breaking down a scene using a four-step analysis that entails the following:   Giffoni Valle Piana, Sa, Italy - July 14, 2012: Jessica Alba at Giffoni Film Festival 2012 - on July 14, 2012, in Giffoni Valle Piana, Italy (GIO_LE / Shutterstock.com)

Practical Aesthetics Acting Technique is used to highlight the experience of acting and is based not on the character but the actor. What does the actor want to accomplish in this scene? What would the actor do in this situation?