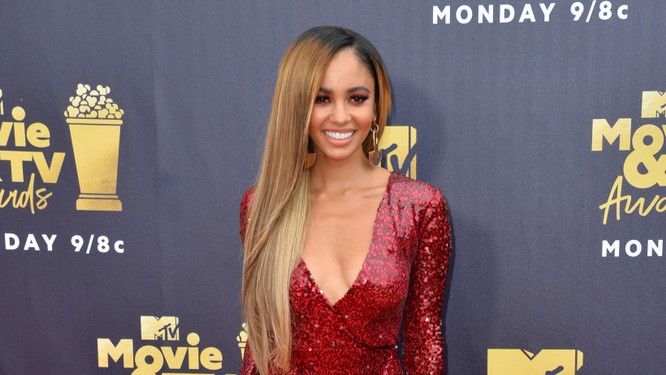 I’m not being Quite anymore. ✊? #BlackLivesMatter pic.twitter.com/JXgJic4mrR

Morgan plays Toni Topaz on the hit series ‘Riverdale’ and was bumped from a recurring to a regular role in ‘Riverdale’s third season.

“Lmao too bad I’m the only black series regular but also paid the least,” Morgan added in a separate message to a fan on June 2. “Girl I could go on for days.”

She later clarified her statements and added the show has “nothing to do with my fellow castmates and friends,” as they have no impact on the writing and don’t “call the shots.”

In relevant news, following the death of George Floyd, a video with Denzel Washington helping a man with a police encounter is going viral and fans are calling the actor a real-life superhero. On May 22, TMZ reported Washington stopped and helped a homeless man who was “in some peril with oncoming traffic.” Video footage of the incident shows Denzel Washington comforting the man and waiting with the man during an encounter with police. TMZ reported the man was “detained — not sure why but possibly to make sure he was okay — then released.” More Project Casting Entertainment news:
Previous articleLea Michele Apologizes After Black Actress Samantha Ware Accuses Her of Bad Behavior On Set: ‘I will be better’
Next articleTV Cops Donate to Support Black Lives Matter Movement