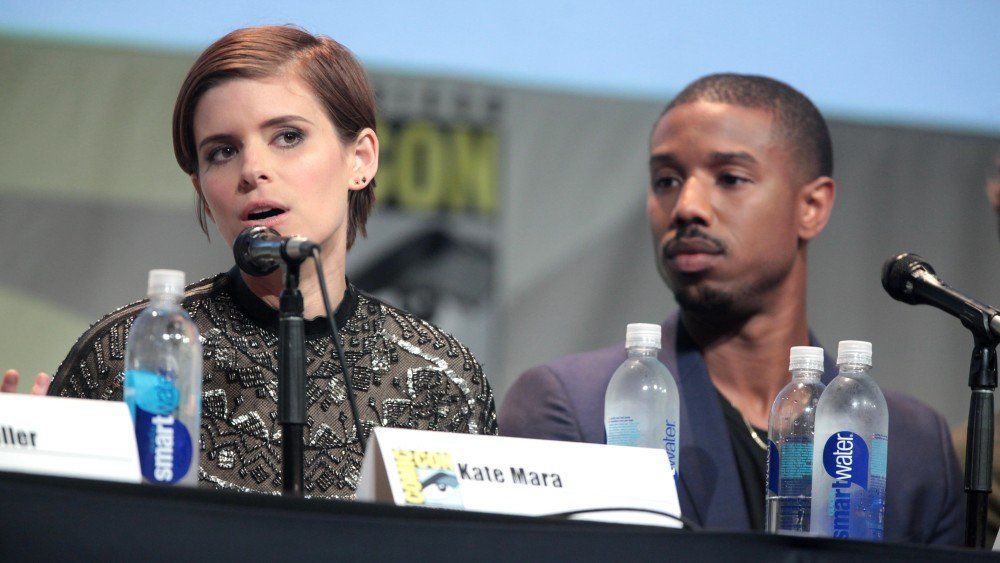 'Fantastic Four' director says he wanted to cast a black actress for the role of Sue Storm in the 2015 feature film. However, the studio said no.

The director recently had an interview with 'Geeks of Color' and discussed the casting of the superhero movie. He explained he had plans for the cast, but received "pushback" from the studio. "There were a lot of controversial conversations that were had behind-the-scenes on that. I was mostly interested in a black Sue Storm, a black Johnny Storm, and a black Franklin Storm," Trank stated. "But when you're dealing with a studio on a massive movie like that, everybody wants to keep an open mind to who the big stars are going to be." He said he had no one in mind for the role of Sue Storm. "When it came down to it, I found a lot of pretty heavy pushback on casting a black woman in that role," he said. Eventually, Kate Mara played Sue Storm, Michael B. Jordan played Johnny Storm, Miles Teller played Reed Richards and Jamie Bell as Ben Grimm. Fox released the movie before the intellectual property rights went to Disney. After his experience, he says he should have left the project in protest.

"When I look back on that, I should have just walked when that realization hit me, and I feel embarrassed about that, that I didn't just out of principle," he said. "Because those aren't the values, I stand for in my own life, and those weren't the values then or ever for me. Because I'm somebody who always talks about standing up for what I believe in, even if it means burning my career out, and I feel bad that I didn't take it to the mat with that issue. I feel like I failed in that regard." In 2014, Disney hiredJosh Trank to direct a stand-alone 'Star Wars' film, but he left the project several months later. Trank said it was a personal decision. However, news outlets reported studios dismissed him from the project due to problems that took place on the set of 'Fantastic Four', and the lack of communication with the studio's producers. Trank told the Los Angeles Times the reason he left the movie because he wanted to do a smaller film, due to the amount of criticism 'Fantastic Four' received. In relevant news, 'Riverdale' actress Vanessa Morgan criticizes Hollywood's depiction of Black people.

After the protests of George Floyd's death, 'Riverdale' star Vanessa Morgan is using this time to teach her followers about Hollywood's systemic racism and the lack of meaningful roles that actors of colors are offered.

In a social media post on May 31, Morgan called out the TV industry. "Tired of how black people are portrayed in media, tired of us being portrayed as thugs, dangerous or angry scary people," she wrote in the note. "Tired of us also being used as sidekick nondimensional characters to our white leads. Or only used in the ads for diversity but not actually in the show."