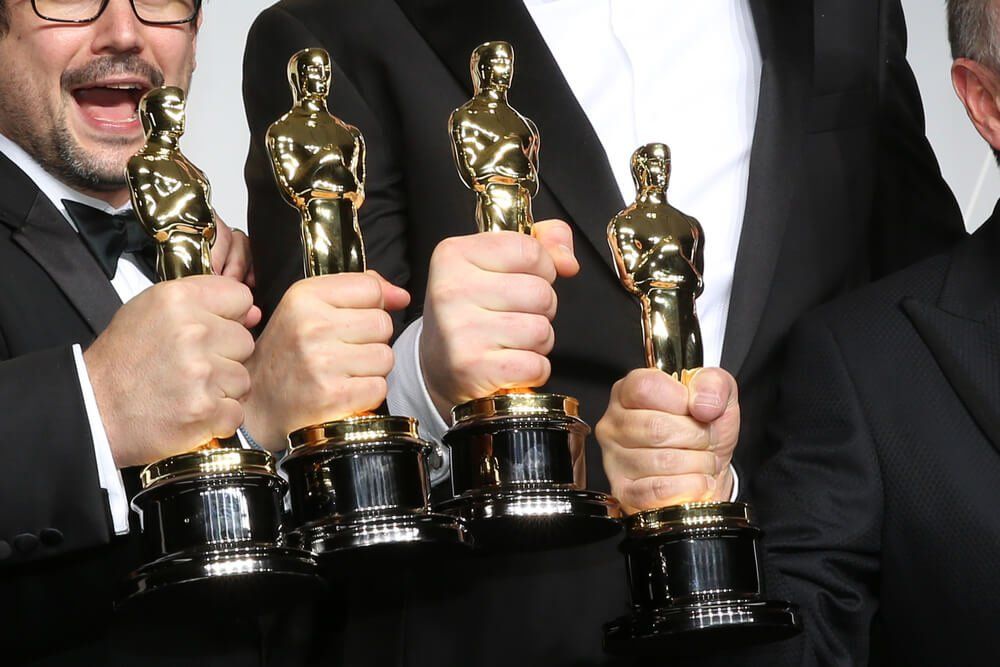 The report, Inequality in 1,300 Popular Films, was issued Thursday by Stacy L. Smith and the Annenberg Inclusion Initiative at USC's Annenberg School for Communication and Journalism.

Smith, whose team creates multiple studies of every year about the film industry, describes her latest study focused on Hollywood films examining 57,629 characters in 1,300 top films from 2007 to 2019.

The study shows only a little progress in achieving inclusion and underrepresented groups amid ongoing protest for racial justice in America.

"This is a critical moment for the industry to commit to real and substantive change," Smith said in a statement. "Too often, the results of studies like this one garner attention without action.

"As protests for racial justice continue, it is imperative that companies move beyond performative statements and commit to taking actions that will result in inclusive hiring practices on screen and behind the camera."

Smith said the study shows an overall ecosystem in which girls, women, and people of color are marginalized and minimized.

"After 13 years, it is not clear what might convince entertainment companies to change," she said. "Despite public statements, the data reveal that there is still apathy and ambivalence to increasing representation of speaking characters overall in popular films. This is both the easiest representational gap to address and one that is essential to strengthening the pipeline to more prominent roles."

She recently told USA Today she is not optimistic about the new Academy Award rules will help.

"It's fair to say that the industry has already met the criteria outlined by the Academy," Smith said. "So this doesn't move us farther in the conversation or alter access and opportunity; it reflects the status quo.

"These standards aren't aspirational or transformative, which is what would be necessary to move inclusion forward in this industry. My concern is that the standards create false hope that things will change when they reflect business as usual."

Here's a critical breakdown of findings:

Another finding is that only 1.4 of all characters in the top films of 2019 were from the LGBTQ community. Also, from 2014 to 2019, only four characters were transgender and had little impact on the plot of the movie, appearing on screen for only two minutes in total.

The study also revealed an "invisibility analysis." The analysis was conducted to find how many movies, including speaking characters from underrepresented populations.

"The erasure of girls and women from underrepresented racial/ethnic groups, the LGBTQ community, and those with disabilities remain a hallmark of top-performing Hollywood films," Smith said in her statement.

In 2018, the percentage of Black directors rose, then dropped. But only 13 women of color directed a top movie across 1,300 movies in 13 years.

Netflix is leading the way in diversity and inclusion

The report encourages studios to look at Netflix's approach to hiring and casting.

"In contrast to our findings on top-grossing films, 20.7% of Netflix directors of U.S.-based films in 2019 were women," Smith said. "The legacy studios may want to take a note out of the streaming giant's playbook on how to hire more inclusively behind the camera."

The report looked at how studios and mini-major distributors performed across each diversity indicators. Universal Pictures and Paramount Pictures led on 6 of the 19 indicators in the study. Walt Disney Studios did not show any inclusion indicators in 2019. However, Disney's female-centered films were box-office front runners. They outpaced other studios with more than $4 billion earned globally on stores featuring girls and women and an additional $2.7 billion for stories with underrepresented leads/co-leads.

"While the studios still have room to improve on inclusion overall, it is clear that an economic incentive may be one reason to do so," Smith said.

In relevant news, Anthony Mackie, the actor who plays Falcon in several Marvel movies reveals in an interview that Marvel movies all have had a white production crew and the company needs to work on diversity. Anthony Mackie recently opened up about his experiences playing Falcon in Marvel movies. During an interview with Daveed Diggs for Variety’s Actors on Actor, Mackie discussed how the Black Lives Matter movement is putting a spotlight on diversity in Hollywood.
“It really bothered me that I’ve done seven Marvel movies where every producer, every director, every stunt person, every costume designer, every PA, every single person has been white,” the 41-year-old began.
“We’ve had one Black producer — his name was Nate Moore,” Mackie continued. “He produced ‘Black Panther.’ But then when you do ‘Black Panther,’ you have a Black director, Black producer, a Black costume designer, a Black stunt choreographer. And I’m like, that’s more racist than anything else.”
“Because if you only can hire the Black people for the Black movie, are you saying they’re not good enough when you have a mostly white cast?”
Mackie added that changes in hiring practices should be implemented even if it means creating a percentage system to get aspiring talent more experiences.
More Project Casting Entertainment News:
Previous articleChris Rock Addresses President Trump, Racism, and Coronavirus
Next articleTV Show Casting Call for Families in Los Angeles