HomeTips and AdviceHow to Prepare for an Acting Audition 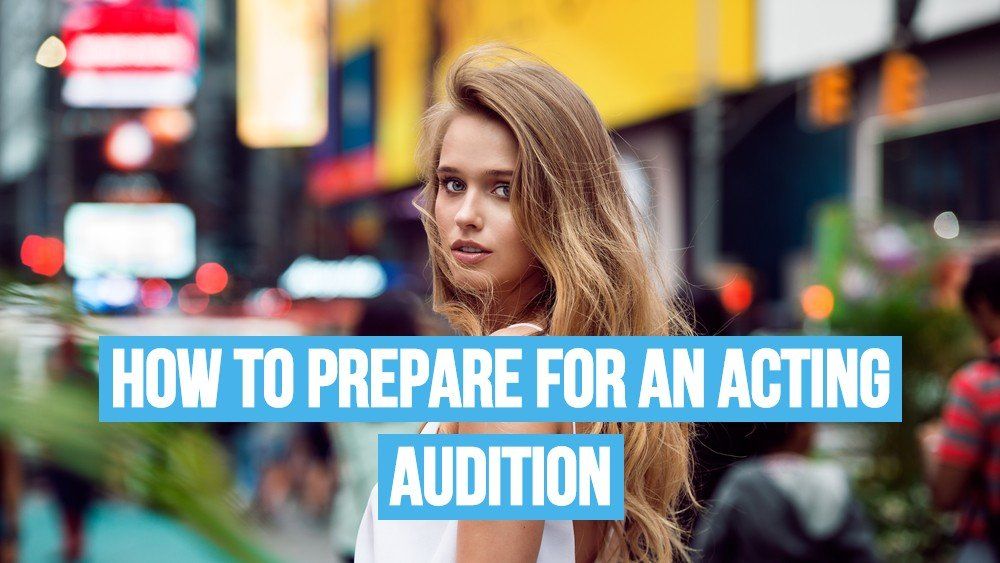 Learn what an acting audition is and how to prepare for your next audition as an aspiring actor.

As we pointed out in our guide on How to Become an Actor, one of the hardest parts of becoming an actor is the audition process. After you get a talent agent, your next step is to audition for a role. But, what is a casting audition? Here is our guide to learning what an audition is and steps to having the best audition that will beat your competition.

What is a casting audition?

5 Things You Should Be Doing to Prepare for Your Audition

Your audition is a job interview. You have the casting director, producer, or director hoping the next person that walks into the door will be perfect for the part so that auditions can stop and they can start filming. At the same time, you have tons of aspiring actors hoping to get a role that will launch their acting career. So knowing the goals of what the casting director, producer, and director wants will increase your chance of having an impressive audition and landing a role.

Find out where the time, date, and location where the audition will be held. Visit the neighborhood the night or day before, so you know how long it will take you to get there, where the best parking spaces may be, and what type of neighborhood the audition will be held. By visiting the day before will help you gain confidence and ease anxiety. If you are unable to attend the day before, make sure you have the directions set up on your phone, so you know how long it will take to get there. It is important to note that many auditions are not held in the safest locations because producers are trying to save money. So it is always a good idea to bring a friend along for protection and schedule your audition for the day time.

2. Make several copies of your headshot and resume

Typically, you need to hand out one copy of your headshot and acting resume to the casting director, but it is better to be prepared for the unexpected. Take along extra copies just in case other people want a duplicate or in case they lose your headshot before your audition.

3. Give yourself plenty of time

It would not be in your best interest to schedule multiple things on the day of your audition. For example, don't make appointments for the nail salon, stylist, or dentist. Give yourself time to prepare, relax, and get to your audition on time. You should try to arrive at your audition thirty minutes early, so you have time to look over the material, fill out any forms, and touch yourself up.

4. Ask for a copy of the script

If possible, ask a copy of the script from the casting director, so you can study the role that you hope to get. By having the full script, you can genuinely understand your character's personality, motivation, and blocking. If a complete script is not available, try to get the sides -- a few pages from the script -- that contain your dialogue that you'll present during your audition.

5. Decide what you are going to wear

Just because the casting director is casting a police officer role, you don't need to show up to the audition dressed up in a costume. Rather than dress in distinct clothes for a specific part, try dressing in less obvious ways. For example, anyone can look like a thug with a bandana and baggy pants, but not many people can still look like a thug by wearing jeans and a t-shirt. If you can dress up for a role without a costume, you are helping distinguish yourself from your competition. Here is what you should avoid.

These five tips will help you prepare for your audition and increase your chances of getting a callback. Auditions are the toughest part for any actor but, being prepared will make you stand out against your competition and a room full of people that look just like you.