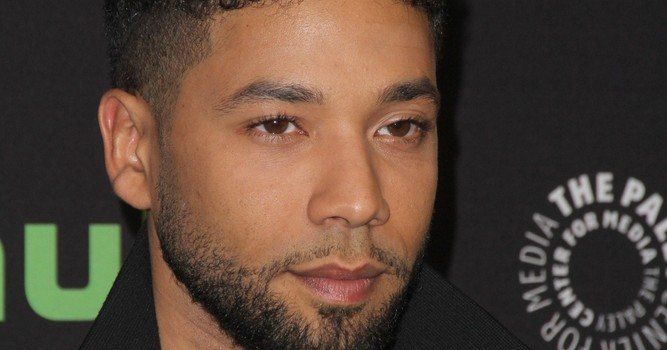 Police say Jussie Smollett “Orchestrated” the attack in Chicago because he was “dissatisfied with his salary.”

Smollett orchestrated the attack where he said two men beat him while shouting homophobic and racist slurs and putting a rope around his neck, police said on Thursday.

Chicago Police Superintendent Eddie Johnson said Smollett sent a threatening letter to himself and paid two men $3,500 to stage the attack against him.

"This announcement today recognizes that 'Empire' actor Jussie Smollett took advantage of the pain and anger of racism to promote his career," Johnson said. "I'm left hanging my head and asking why. Why would anyone, especially an African American man, use the symbolism of a noose to make false accusations."

Smollett turned himself in to police early Thursday morning on a felony charge of disorderly conduct in filing a false report. he expected to appear in bond court at 1:30 pm on Thursday.

The “Empire” star was charged Wednesday with the class four felony, which carries a sentence ranging from probation to up to three years in prison, according to the Chicago Cook County attorney’s office.

"Like any other citizen, Mr. Smollett enjoys the presumption of innocence, particularly when there has been an investigation like this one where information, both true and false, has been repeatedly leaked," Smollett's legal team said in a statement Wednesday. "Given these circumstances, we intend to conduct a thorough investigation and to mount an aggressive defense."