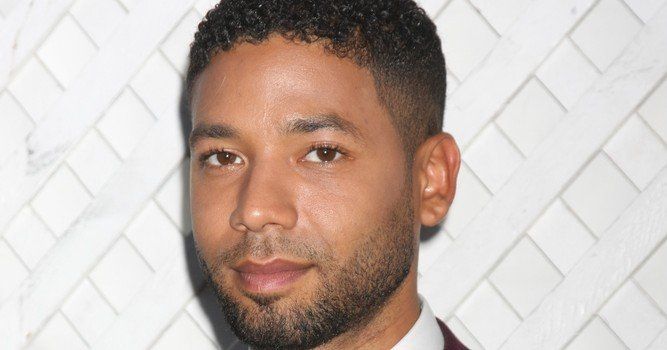 Update: The Chicago Police Department announced Friday evening that it has released two suspects in the Jussie Smollett Case without filing charges.

Police spokesman Anthony Guglielmi said the detectives received new information on the case and the police no longer consider the two men to be suspects.

“Due to new evidence as a result of today’s interrogations, the individuals questioned by police in the Empire case have now been released without charging and detectives have additional investigative work to complete,” he said.

This news comes after Fox issued a statement on Thursday dismissing a report Smollett may have been acting out because he was being written off the show.

Original Story: Details have surfaced from the investigation into an alleged assault of actor Jussie Smollett in Chicago last month

According to Chicago Police report, two brothers from Nigeria have been identified as persons of interest in connection with the alleged attack on “Empire” star Jussie Smollett. The two brothers were affiliated with the show “Empire” and were detained on their arrival at O’Hare International Airport on Wednesday.

WGN Investigates reporter Charlie De Mar is reporting that the two men are of Nigerian descent and appeared as extras on the Fox drama “Empire,” a show that Jussie Smollett is a starring actor.

“Police raided the home of two persons of interest in Jussie Smollett case last night. Both men are of Nigerian descent and have appeared as extras on the show. Police took bleach, shoes electronics and more,” De Mar wrote Thursday.

Earlier Thursday, Chicago police Anothny Guglielmi revealed detectives were questioning the two individuals but said neither of them are “considered suspects at this time.”

“The people of interest are alleged to be in the area where a crime was reported. They are not considered suspects at this time as they are currently being questioned by detectives,” Guglielmi wrote on Twitter. “We remain in communication with the alleged victim.”

The pair were seen on surveillance cameras in the neighborhood where the alleged attack took place, said Guglielmi.

The news comes as law enforcement to probe the alleged assault Smollett told police occurred on January 29 as he walked back to his apartment from a Subway sandwich shop. The actor said two masked individuals spewed racist and homophobic slurs, poured him with bleach. Moreover, the 36-year-old actor told police the assailants put a rope around his neck and showed “This is MAGA country” before getting away.

Chicago police said Monday they are so far unable to criminally investigate the alleged incident after Smollett turned over phone records that were redacted. “We are very appreciative of the victim’s cooperation; however the records provided do not meet the burden for a criminal investigation as they were limited and heavily redacted,” police said. “Detectives may be following up with him to request additional data to corroborate the investigative timeline.”