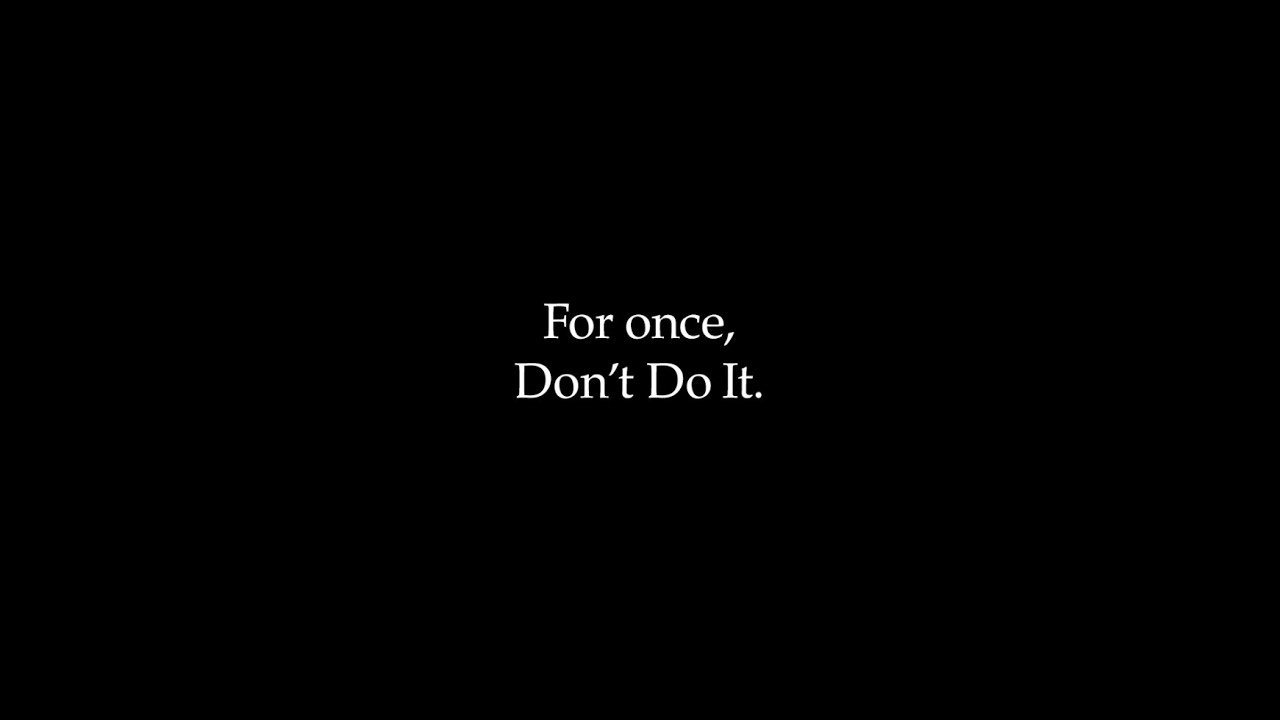 Nike released a message across their social media platforms calling for people to take a stand and fight systemic racism and social injustice.

The video turns the company’s iconic slogan backward of “Just Do It” to “For Once, just don’t do it.” The clip comes after protests across America following the death of George Floyd in Minneapolis, Minnesota.

“Team, As we’ve watched racial tragedies expose prejudice and injustice in our cities over these past few weeks, I can’t stop thinking about the individuals impacted: Ahmaud Arbery. Christian Cooper. Breonna Taylor. George Floyd. The horrible killings and racist actions serve as a sickening reminder of what too many people live through every day in America. It is absolutely wrong what’s happening in our communities, to our friends and family members. These tragedies are not unique to the U.S. Far from it –- we see violent incidents in countries all over the world, fueled by hatred and ignorance.

Let me be as clear as I can: Nike is opposed to bigotry. We are opposed to hatred and inequality in all its forms, indirect and overt. While Nike cannot solve injustice, I believe we have a responsibility to work toward addressing it to the best of our ability.

I know these have been a difficult few months. The COVID-19 pandemic has brought additional fear and tragedy into our lives, with striking disparities in how certain populations have experienced this crisis, particularly in the United States. With its devastating impact on communities of color – including Black, Latinx, Asian and Native American populations – COVID-19 has further exposed deep-seated inequities that are sadly systemic in our society.

It has also served as a reminder of the racism that is still far too prevalent in our culture. Racial bigotry has created enormous pain and tragedy in the Black community. And since the start of the pandemic, we have seen a disturbing increase in racism toward Asian communities worldwide. The fact that these injustices –- and too many others – continue is horrific and unacceptable. I know many teammates in the U.S. and around the world are feeling tired of having to justify their existence and to fight for their dignity and humanity.

I encourage all of us to not be daunted by the enormity of what we face today. The tragedies we face, we face together. We choose to act in a way that is authentic and true to our values. We are compelled by our purpose: Until We All Win. And we will never ever quit until that becomes a reality.”

It is important to note in 2018, Nike highlighted social injustice with the Dream Crazy campaign with former NFL quarterback Colin Kaepernick. The storyline centered around standing up for your beliefs, and it led to a 31% sales boost in Nike online says.