HomeEntertainment NewsNetflix Preview Club: Everything You Need to Know 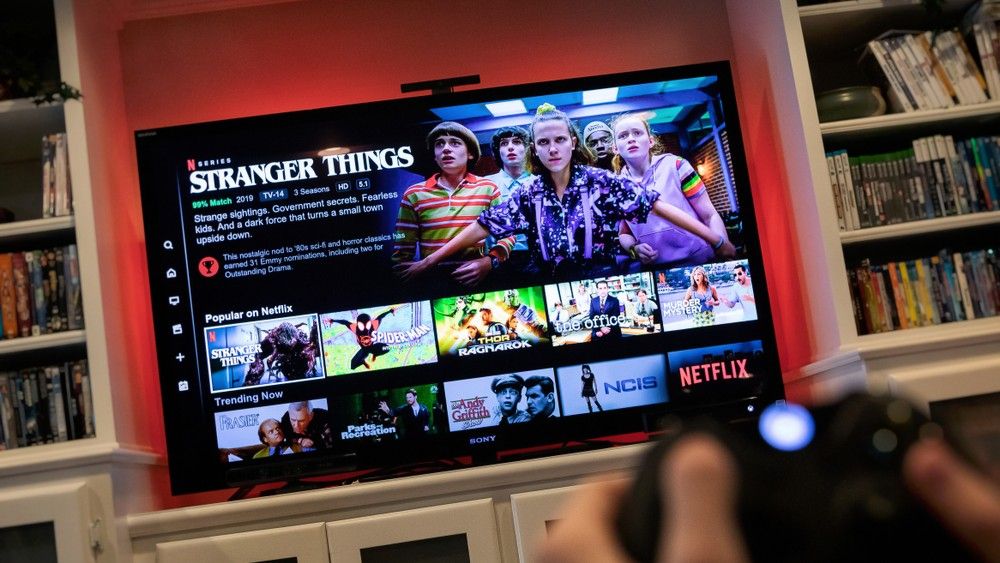 Netflix Preview Club - Netflix will soon recruit thousands of reviewers to watch new tv shows and movies before their release date and give feedback.

According to The Wall Street Journal, ensure its content is high quality and meets subscribers' expectations. Netflix will soon begin enlisting the help of tens of thousands of reviewers who will watch new movies and shows before their release and give feedback.

Netflix did not respond to TechCrunch's request for comment on The Wall Street Journal's report. According to the WSJ, the "Netflix Preview Club" has more than 2,000 members who review Netflix titles before they release to the streaming platform. This program is expected to grow by 400% in early 2023.

According to Variety, the program has only existed since May 2021 and is currently only running in the United States. Netflix confirmed this fact to Variety.

From what we could gather from Reddit users who say they are in the Netflix Preview Club, it appears to be invite-only. According to one person, before being able to watch the film, subscribers must sign an NDA and answer a series of survey questions. "You get a special Netflix account, and they email when they have a movie in there for you to watch. Usually, you have to watch and review within a week," the Reddit user added.

Amazon and Hulu have subscriber feedback programs called "Amazon Preview" and "Hulu Brain Trust," respectively. These allow users to offer their thoughts and opinions on the presented content.

WSJ observed that "Don't Look Up" was too serious for the Netflix Preview Club, and thus the creators added more humor before its release. Although critics accused it of a 56% Tomatometer score and 78% audience score on Rotten Tomatoes, "Don't Look Up" had four Oscars nominations and shattered a Netflix record with 152.29 million weekly viewing hours.

To avoid another dry spell like in the first and second quarters of 2022, Netflix needs to keep its subscribers entertained by investing $17 billion in content next year.

If Netflix's preview program is successful, it could see an even more significant jump in subscribers. The streamer has seen success with its drama shows like "Stranger Things," "Bridgerton," "Squid Game," and Tim Burton's newest series "Wednesday." However, if it wants to fill in the gaps, Netflix needs more than that. The program will help give the streamer a better idea of what viewers want.

Netflix is an American entertainment company founded in 1997 by Reed Hastings and Marc Randolph. It specializes in streaming online media, primarily episodic television series, films and documentaries. Netflix has rapidly expanded its content library over the years to include a wide variety of film and television genres worldwide. With more than 151 million subscribers worldwide, it is now one of the most extensive global streaming services available.

Netflix offers various subscription plans with different levels of access to content. The most popular plan is the Basic Plan, which includes unlimited streaming of movies and TV shows in standard definition (SD). It also allows users to watch on a single device at any given time. Netflix also offers an HD Plan, allowing users to stream in HD quality and access a larger selection of content. It also includes simultaneous streaming on two devices at once. The third plan is the Premium Plan, which allows up to four device streams concurrently and access to Ultra HD (UHD/4K) content.

Netflix has recently branched out into producing its own original content. This includes feature films, comedic series, and dramas. Netflix also produces documentaries as well as stand-up comedy specials. In addition to streaming content, Netflix offers DVD rentals for those without access to the internet or who prefer physical media formats.

Netflix has become a global powerhouse and continues to expand its offerings. The company constantly innovates, introducing new features and options for its customers. It has also set the standard for streaming services by offering high-quality content in various genres, formats, and languages. Netflix is committed to providing its subscribers with an enjoyable viewing experience and continues to strive to be the world's leading internet television network.

Netflix also offers an array of content for children, including movies, TV shows, and original programming. This includes its top-rated animated series, DreamWorks Dragons Rescue Riders. It is one of the most in-demand titles on the platform and is suitable for viewers of all ages. Netflix also provides parental controls to help parents manage their kids' viewing experience.

Netflix has firmly established itself as a major player in the entertainment industry, and its content library continues to expand. The company strives to bring its customers the best possible service with access to exclusive shows, movies, stand-up comedy specials, documentaries and much more.

Previous articleHow to Become a Creative Director
Next articleRobert De Niro's Netflix Series "Zero Day": Everything You Need to Know