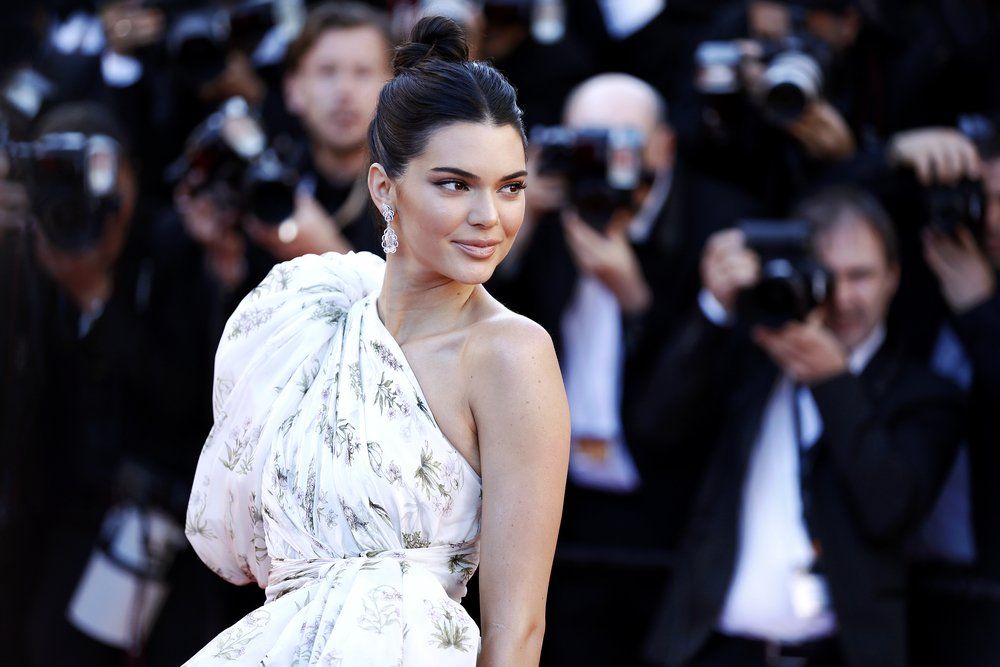 CANNES, FRANCE - MAY 20: Kendall Jenner attends the '120 Beats Per Minute' premiere during the 70th Cannes Film Festival on May 20, 2017 in Cannes, France. (Andrea Raffin / Shutterstock.com)

Kendall Jenner is opening up about her mental health and the "crazy panic attacks" she experienced before getting help for her anxiety.

In an interview with Good Morning America, Kendall revealed she first experienced anxiety at a young age. "I was really, really young, and I remember feeling like I couldn't breathe and running to my mom and being like: 'Mom, I feel like I can't breathe. Something must be wrong,'" she said.

The model remembered her mother, Kris Jenner, "of course took me to a bunch of doctors just to make sure it was all okay physically, and I was. No one ever told me that I had anxiety."

While the feelings of anxiety waned, she explained her concern remerged as she started her modeling career and booking modeling jobs. "Maybe like three years ago, four years ago, it came back completely full on, and I would have crazy panic attacks," she said. "Finally, I kind of got the information that I needed about it."

Kendall is working with Kenneth Cole for the fashion designer's Mental Health Coalition. The duo are encouraging Instagram users to share photos about how they're dealing with the quarantine to fight the stigma surrounding mental illness. Cole says he wants to create a safe place for people to open up about their experiences.

Kendall launched the #howareyoureallychallenge via an Instagram video posted from her home. "I have been doing a lot of thinking during quarantine, mostly about mental health," she said in the clip. "I have good days, and I have some really anxious days."

Kendall nominated her sister Kim Kardashian and Justin Bieber to join the challenge.

Kim Kardashian said via her Instagram Stories about her struggle with anxiety. "I find myself to be a really mentally strong person, but I have been challenged during these times," she said. "I started to get really high anxiety when I was about to have my fourth child and so that anxiety kind of came up again, having to get all my kids in school and having to take on so many tasks that I didn't know if I had it in me to do."

In relevant news, Google exec reveals how to socially distance and film TV shows and movies during the Coronavirus pandemic. Amid the Coronavirus COVID-19 pandemic, Hollywood productions have shut down around the world. As a result, producers are forced to get creative. According to Hollywood Reporter, Paul Debevec, a senior staff engineer at Google VR, reveals how producers can film scenes while socially distancing. It can be accomplished by using a 360-degree Google light stage and lighting studio. “This could be used to record actors in 3D,” he explains is the platform he originally used at USC for the making of ‘Gravity’ starring Sandra Bullock. “You can put them into any scene, in any lighting, from any angle, even after you’ve filmed their performance. You just focus on getting the performance right and worry about where the camera goes and how to light it later.” More Project Casting Entertainment news:
Previous articleJonah Hill Swears The Most of Any Movie Actor, Study Finds
Next articleKim Kardashian SKIMS Face Masks Sell Out Within Hours