HomeHow-To Guides for ActorsOctavia Spencer on Hollywood: "I haven't gotten paid what I feel I deserve" 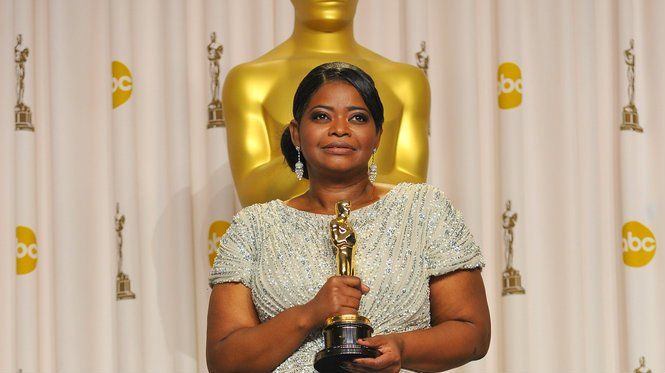 Octavia Spencer on Black Lives Matter, Hollywood, and getting paid what she deserves.

Octavia Spencer, 48, won an Oscar in 2012 and nominated twice since then. She has also won a Golden Globe award, several SAG awards, and was recently nominated for her first Emmy. However, Spencer says Hollywood does not fairly pay her.  In an interview with the Hollywood Reporter, Spencer says her ability to walk away from roles has been an essential tool to getting higher compensation but, it's not enough. "Oh, I haven't gotten paid what I feel I deserve. Not yet," she clarified. "But I always get a raise. Every single job, I get a raise. I don't think any woman has really gotten what she deserves. But when I ask for something and they don't meet it, I'm always willing to walk away." "What would you say to women, and perhaps Black women especially, who may not feel that they're in a position to turn down professional opportunities?" THR asked. "I haven't always been in this position; there were times when I had to take what was being offered. But I can guaran-damn-tee you that my agent always made sure I got a raise," Spencer replied. "Always advance your position. Always. Sometimes it means, 'Hey, I'm sorry, if I'm not getting what I need, then I'm going to have to move on to a place that does value me.'" Spencer continued, "When you are starting out, show how hard you work. There's always room for advancement. Educate yourself on what everybody else in the market is getting, and then you ask for what you deserve. You're not always going to get it, but you also have to be willing to walk away at some point." When asked about the Black Lives Matter movement, Spencer says Hollywood has to do more. "It began before us — it's about equal protection under the law and to be seen as human beings. That's the struggle. I think entertainment should be an example," she explained. "There is value in telling stories that we haven't heard from marginalized and underserved communities. I think Hollywood has for too long regurgitated things, and now it's time to tell new and fresh stories. Representation matters. When you see a representation of yourself onscreen, it's not just for you, it's for the world at large, so that you can be visible. It's important to be seen and heard." Spencer received an Emmy nomination for the Netflix series Self Made: Inspired by the Life of Madam C.J. Walker. She grew up inspired by the businesswoman, who is known as America's first self-made female millionaire.  "The fact that this woman, who was born the first free person in her home post-slavery, was able to achieve so much when the world told her that she had no value — that's what my mother used as the example," Spencer told THR. "Your station in life does not dictate your path or your destiny." In related entertainment news, as part of Variety’s #Represent series, Aldis Hodge, Jay Pharoah, Algee Smith, Derek Luke and Chris Chalk got candid about their experiences in Hollywood in a revealing “Black Men in Hollywood” conversation.

One interesting part of the roundtable focused on the actors discussing Black pain as an actor. Whether if it’s portraying a slave or police brutality, the actors discussed the difficulties surrounding accepting those roles and being responsible for broadcasting Black suffering.

Algee Smith opened up about the pressure of portraying such roles in the movies ‘Detroit’ and ‘The Hate U Give’, each movie shows extreme violence against Black people.

“I was obviously in a very emotional place. However, it was a very honest place,” Smith recalled. “I feel like I’ve played so many roles where I’ve either died as a young black teenager or where it’s been something that hasn’t been edifying a black teenager or a black man at all. And so, I was like, for myself, I’m tired of playing those roles and I said ‘I’m done with it.’”