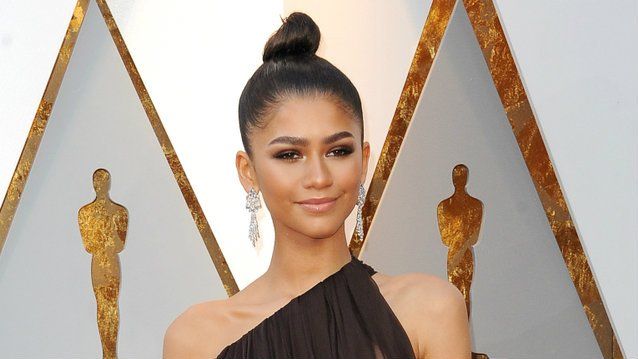 Zendaya is known for acting and singing, but now she might also wow us with her tennis skills. The "Euphoria" actress spent months training to become a tennis player-turned-coach for an upcoming film called "Challengers."

"She's wonderful," Guadagnino told Variety Saturday night at the Academy Museum Gala. "I mean, wow. We edited the movie, and we almost actually don't use any of her double. She's so good."

Zendaya's character is at the center of a love triangle in this "sexy comedy" described by Guadagnino. She must coach her player-husband ("West Side Story" actor Mike Faist) for his big match against her ex and his childhood best friend, played by Josh O'Connor ("The Crown").

The production for the film wrapped up in June, and former professional tennis player Brad Gilbert is now a consultant on the project.

"They spent like three months working very hard," Guadagnino said of his leads. "Everybody – technically, athletically."

It is still unknown if Guadagnino will ask Zendaya to record a song for the soundtrack. "I'm waiting for the score from Trent Reznor and Atticus Ross… so we'll see," the director said.

Timothée Chalamet and Taylor Russell star as cannibals in Guadagnino's latest project, "Bones and All." The movie received an 8.5-minute standing ovation at its Venice Film Festival premiere in September. "Bones and All" draws its narrative from the eponymous book by Camille DeAngelis. David Kajganich, best known for his work "Suspiria," wrote the screenplay.

'Causeway' Trailer features Jennifer Lawrence as a Military Engineer battling PTSD The A24-Apple affair will premiere on Apple TV+ and in theaters on November 4...

Netflix announces the release date and price of their upcoming ad-supported streaming service.&nbsp; The new package is significantly less expensive than the pl...