HomeEntertainment News[VIDEO] Viola Davis Shares Story of Sister's Sexual Assault: "I wish I could save her life." 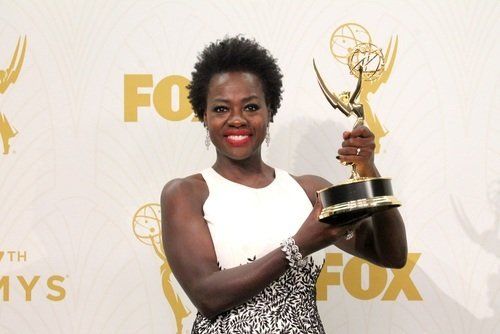 During a Tuesday night speech at the Stuart House, a Los Angeles non-profit that assists children who have been sexually assaulted, Viola Davis gave a very emotional speech about the impact that sexual assault had on her own family. “I have a sister, who, when she was eight years old, put on some roller skates with her friend, went down to the corner store at one o’clock in the afternoon, went into the store and was sexually assaulted in the store,” Davis said. She continued:

“[My sister> came home and she told my mom. My mom ran down to the store, started screaming at the store owners and they said, ‘Leave that man alone. He does that to all the little girls.’ And then my mom proceeded to flag down a police officer. They found the man. They put him in the car. I saw my little sister crying. My mom was crying, too. And that was it.”

The sexual assault had an emotional impact on Viola Davis's sister. “From there, a precocious, very intelligent, very creative child grew up to be frail, angry, a drug addict by the time she was 20,” Davis said as she became visibly emotional. She continued to recount her sister’s life, a life that has been marked with addiction and prostitution. But Davis was sharing her sister’s story for a purpose, “memories demand attention because memories have teeth,” she said. This was not an after-school special speech. Viola Davis finished by explaining how her sister's sexual assault negatively affected her forever. “I wish I could tell my sister that she’s not dirty and that she should not feel any shame for something that she literally was not responsible for. I wish I could save her life.” You can watch the video here. Recent Viola Davis news: What do you think of Viola Davis' comments? Share with us your thoughts in the comments below!
Previous article[VIDEO] ISIS Threatens to Attack New York City
Next article'19 Kids and Counting' Josh Duggar Sued for Allegedly Assaulting a Porn Star