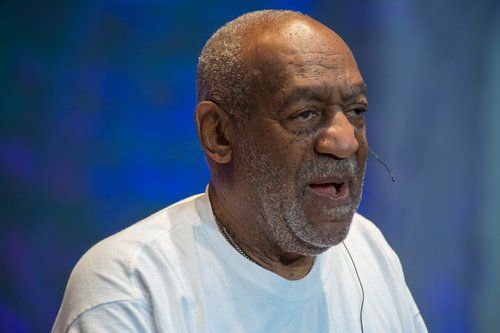 There are now 60 different women claiming that Bill Cosby sexually assaulted them.

On Sunday, the Washington Post reported that two more women have come forward accusing Bill Cosby of sexually assaulting them. With their allegations, the number of woman claiming abuse by Cosby has hit a jaw-dropping 60. The accusers both wanted to remain anonymous but, their stories align with the previous allegations against Cosby. The stories of these two women are quite familiar. It allegedly starts off with drinks, an invitation to Cosby's private space, a blurry stretch of time in which a woman was unconscious, and waking to the awareness that something was wrong. Cosby, through his legal team, has repeatedly denied all accusations of sexual misconduct. One of the accusers tells the Post about an incident in Bill Cosby's hotel room in the mid-1980s, where they met Bill Cosby after he performed at Clemson University. She drank a Kahlua and coffee, she says, and then Cosby asked her, “Do you like back rubs or belly rubs?” She rubbed his belly; she passed out. Another accuser was a booker for a modeling agency when she met Bill Cosby in 1984. She went to dinner with Bill Cosby and a model from her agency and, later that night, called her friend, Tony Hogue, and begged him to come get her. Hogue told the Post that she felt “very uncomfortable,” saying her “clothes were messed up” and that Cosby had touched and kissed her. When Hogue asked if she wanted Cosby’s driver to take her home, Hogue remembered, Jane Doe told him “she couldn’t even really move.” When Hogue arrived at Cosby's house, “he banged on Cosby’s door for a long time." And when Cosby came to the door, Cosby acted like nothing was wrong. Hogue's friend left with HOgue, as did model Beth Ferrier, another woman who is now suing Bill Cosby for sexual assault. It's important to point out that the earliest accusations date all the way back to the 1960s. Sunni Welles said she met Cosby in the 1960s when she was 17 years old and he allegedly spiked her soda after taking her to a jazz club and when she woke up she says she'd been assaulted. There are several other accusations including film executive Cindra Lodd who said in 1969 BIll Cosby gave her a pill for a headache and she woke up naked in a bed in Cosby's friend's apartment, she claims, “It was obvious to me that he had sex with me,” , and she was so “horrified, embarrassed and ashamed,” she didn’t discuss the night in question with anyone but her roommate for 36 years. Cosby has maintained his innocence and repeatedly denied the allegations. In November 2014, in response to a question about the allegations, Cosby said: "I don't talk about it." Cosby has declined to publicly discuss the accusations in past interviews. However, he told Florida Today, "people shouldn't have to go through that and shouldn't answer to innuendos."In May 2015 he said, "I have been in this business 52 years and I've never seen anything like this. Reality is a situation and I can't speak." Following the allegations several organizations have cut their ties with Bill Cosby. Reruns of The Cosby Show and other shows featuring Cosby have been pulled from syndication. Twenty-five colleges and universities have taken back their honorary degrees. But, it's important to highlight the fact that a lot of the alleged acts fall outside the statutes of limitations for criminal legal proceedings, but criminal charges have been filed against Cosby in one case and numerous civil lawsuits have been brought against him. Via The Washington Post Related: What do you think? Share with us your thoughts in the comments below.
Previous article'The Vampire Diaries' Season 8 Atlanta Casting Call for a Bar Scene
Next articleSTUDY: Men Who Use Tinder Have Lower Self-Esteem