HomePoliticsTrump Will Ban TikTok and WeChat This Sunday (UPDATE) 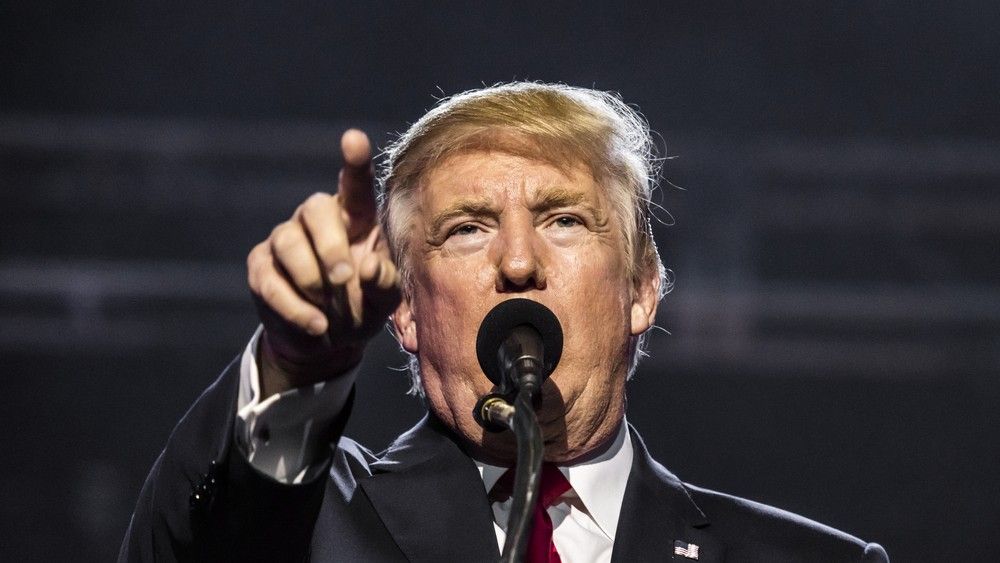 Trump will ban TikTok and WeChat this Sunday.

According to CNBC, the Commerce Department announced it will ban U.S. business transactions with China-owned social media applications TikTok and WeChat on Sunday. Starting Sunday, there will be a full ban on WeChat starting on Sunday and a ban on updates and maintenance to the TikTok app. TikTok has a November 12 deadline before companies are banned from providing internet services for the app, which could give Oracle more time to land a deal with TikTok to satisfy President Trump’s demands.

“At the President’s direction, we have taken significant action to combat China’s malicious collection of American citizens’ personal data, while promoting our national values, democratic rules-based norms, and aggressive enforcement of U.S. laws and regulations.” Commerce Secretary Wilbur Ross said in the announcement.

The decision to essentially shut down TikTok is part of Trump’s original executive order from August 6, which gave TikTok 45 days to sell its U.S. business to an American company or face a ban in America. The end of the 45-day period is this Sunday. Trump’s executive order listed national security concerns over the Chinese government’s access to user data in those apps to justify the ban.

(September 14, 2020) U.S. software giant Oracle now owns TikTok after the U.S. government forced the parent of the video-sharing company to sell its U.S. based company, or the app would be banned.

The software company beat Microsoft, whose bid to take over the American operations of the app was reportedly rejected. Deadline reports that analysts believe Oracle won the rights to the company because Oracle founder Larry Ellison is a supporter of President Donald Trump. The White House still has to sign off on the deal for it to take effect.

Founded by Chinese internet entrepreneur Zhang Yiming, TikTok is owned by ByteDance. TikTok has seen a ton of growth but has run into a conflict between the United States and China. President Donald Trump and his administration announced the video-sharing platform is a security threat. In fact, Secretary of State Mike Pompeo and other officials have repeatedly said it is being used to stealing user’s data.

Oracle is now TikTok’s “trusted tech partner” in the United States, according to a report in the Wall Street Journal, but the transaction will not be structured as a sale.

“ByteDance let us know today they would not be selling TikTok’s U.S. operations to Microsoft. We are confident our proposal would have been good for TikTok’s users while protecting national security interests,” Microsoft said in a statement Sunday evening. “To do this, we would have made significant changes to ensure the service met the highest standards for security, privacy, online safety, and combatting disinformation, and we made these principles clear in our August statement. We look forward to seeing how the service evolves in these important areas.”

As we previously reported, Trump issued an executive order, which demanded the sale of the company. Walmart joined with Microsoft for a bid in August.

TikTok filed a lawsuit against Trump’s executive order. As a result, TikTok revealed details behind their growth, including 100 million monthly active users. The company had doubled its users from 39.9 million last October to 91.9 million in June. Since January 2018, the site has increased more than 800% from 11.3 million users and nearly a billion users across 200 countries.

The deadline for a TikTok deal was September 20, according to Treasury Secretary Steven Mnuchin in a CNBC interview. Mnuchin said the Oral agreement includes a new U.S. headquarters for TikTok and thousands of new jobs.

“We did get a proposal over the weekend that includes Oracle as the trusted technology partner with Oracle making many representations for national security issues. There is also a commitment to creating TikTok global as a U.S.-headquartered company with 20,000 new jobs,” Mnuchin said. He CFIUS, the Committee on Foreign Investment in the United States, will be reviewing the offer this week, “and then we will be making a recommendation to the President and review it with him.”

He decided not to reveal other details, but he and Oracle defined it as a partnership and not an acquisition of TikTok’s U.S. operations, which Microsoft was reportedly pursuing.

Oracle confirmed Secretary Mnuchin’s statement saying “that it is part of the proposal submitted by ByteDance to the Treasury Department over the weekend in which Oracle will serve as the trusted technology provider.  Oracle has a 40-year track record providing secure, highly performant technology solutions.”

Walmart was also interested in a deal to acquire TikTok and still reportedly wants to be part of the partnership process. “Walmart continues to have an interest in a TikTok investment and continues discussions with ByteDance leadership and other interested parties. We know that any approved deal must satisfy all regulatory and national security concerns,” the company said in a statement Monday.

(Update: August 14, 2020) President Donald Trump has issued a new executive order, which sets a new 90-day deadline for ByteDance to sell its US TikTok business.

“There is credible evidence that leads me to believe that ByteDance … might take action that threatens to impair the national security of the United States,” Trump said in his order, issued Friday.

The new order updates the previous executive order issued last week. The previous order would force app stores to stop distributing TikTok if Bytedance did not sell the company in 45 days. The new longer deadline will provide time for the company to make a deal with another company.

Trump’s new order says ByteDance would destroy all copies of the data attached to United States users. It also most tell the Committee on Foreign Investment in the United States when it is completed.

ByteDance issued a statement saying, “As we’ve said previously, TikTok is loved by 100 million Americans because it is a home for entertainment, self-expression, and connection. We’re committed to continuing to bring joy to families and meaningful careers to those who create on our platform for many years to come.”

This news comes after President Trump now reportedly has a profile on TikTok rival Triller.

The Verge reports President Donald Trump joined Triller, a rival video sharing app. Trump’s Triller account has 3,500 followers and his new video currently has over 590,000 views. The intro video features clips of the president and audio clips of him saying “I’m a professional at technology,” and “nobody can do it like me.”

Triller launched two years before TikTok, in 2015, and co-owner Ryan Kavanaugh told CNBC that the company sees itself as the “adult version” of TikTok, with content that’s “a little more risque.”

(Update: August 9, 2020) TikTok will reportedly sue the Trump administration over the White House’s executive order banning the app in the United States.

According to NPR, the lawsuit will claim the President overreach his constitutional rights because it failed to give the company an opportunity to respond. It will also claim the administration’s national security justification is baseless.

"It's based on pure speculation and conjecture," the source told NPR. "The order has no findings of fact, just reiterates rhetoric about China that has been kicking around."

"The Administration is committed to protecting the American people from all cyber-related threats to critical infrastructure, public health and safety, and our economic and national security," according to White House spokesman Judd Deere.

This news comes after a report suggesting Twitter is considering buying TikTok.

Twitter has reportedly had early talks with TikTok’s parent company, ByteDance, according to the Wall Street Journal on Saturday. It is not clear whether the company’s CEO will pursue the deal, which would be for the video-sharing app’s operations in the United States.

Microsoft has been in early negotiations to acquire TikTok’s operations in the United States, Australia, Canada and New Zealand for several weeks and is considered the leader in any possible deal.

Twitter purchased a video-sharing app Vine after shutting it down a few years later.

(Original Post: August 7, 2020): Under the International Emergency Economic Powers Act and the National Emergencies Act, the executive order states “the spread in the United States of mobile applications developed and owned by companies in the People’s Republic of China…continues to threaten the national security, foreign policy, and economy of the United States. At this time, action must be taken to address the threat posed by one mobile application, in particular, TikTok.”

WeChat, which is owned by China’s Tencent,  is also included in the executive order for the banning of transactions. The prohibition of WeChat does not directly affect Americans, but TikTok is extremely popular with 80 million U.S. monthly TikTok users. ByteDance argues it has made efforts in making the company less associated with China, hiring staff from all over the world, and even storing its data outside of China. Still, the company cannot effectively remove its ties to China. 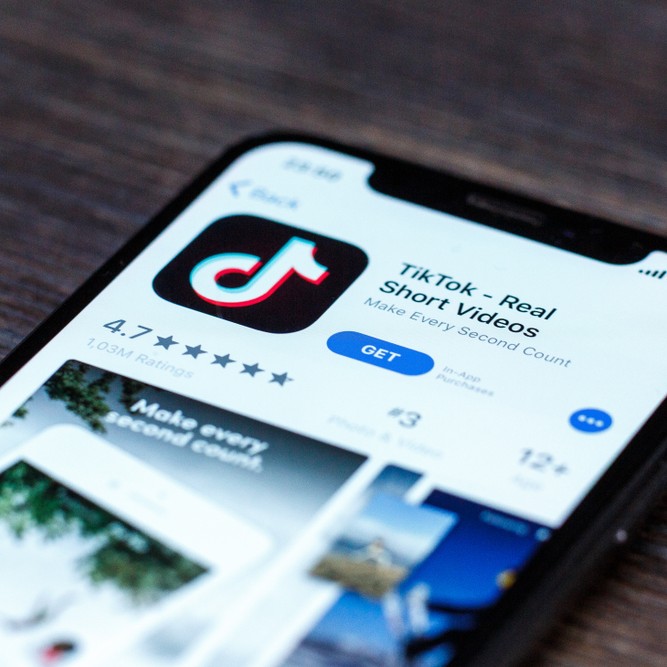 The only thing to save American TikTok users is for Microsoft to finalize its acquisition for the app and hopefully make the changes to address the national security concerns. Currently, TikTok users have just 45 days to use the app.

In relevant news, shares of Facebook closed up more than 6% higher on Thursday following the release of REELS, a new Instagram feature that appears as a direct clone of the popular TikTok app.

Reels is a short video feature that allows Instagram users to create content with overlaid audio and VR features. The feature first launched in Brazil in November 2019. On Wednesday, Instagram released Reels in the United States and other markets as part of the Instagram app.

TikTok has grown as a significant competitor to Facebook due to its growing popularity among U.S. teens and young adults. According to CNBC, TikTok claims more than 100 million monthly active users in the United States.

TikTok is turning unknown talent into Hollywood stars. TikTok currently has 120 million users in the United States, and the video-sharing app is known becoming known as an excellent way for unknown actors, models, and talent to get discovered. Moreover, the valuable marketing platform for brands seeking to capture the eyes and minds of Generation Z. In a report by The Hollywood Reporter, the analytics firm Sensor Tower estimates people downloaded more than 100 million times in the United States. The UTA recently signed Brittany Tomlinson, whose August video showed her trying kombucha for the first time, and it had 1 million likes. Then the NFL announced a multiyear partnership with TikTok to offer game highlights and behind-the-scenes footage to users. Now, Will Smith is transitioning to TikTok after taking over Facebook, YouTube, and Instagram. Will Smith has over 700 million fans. More Project Casting Entertainment News:
Previous article'John Wick 4' and 'John Wick 5' Are Coming Soon and Filming Back-To-Back
Next articleKumail Nanjiani On Why He Refused To Do an Accent as a Punchline in a Joke