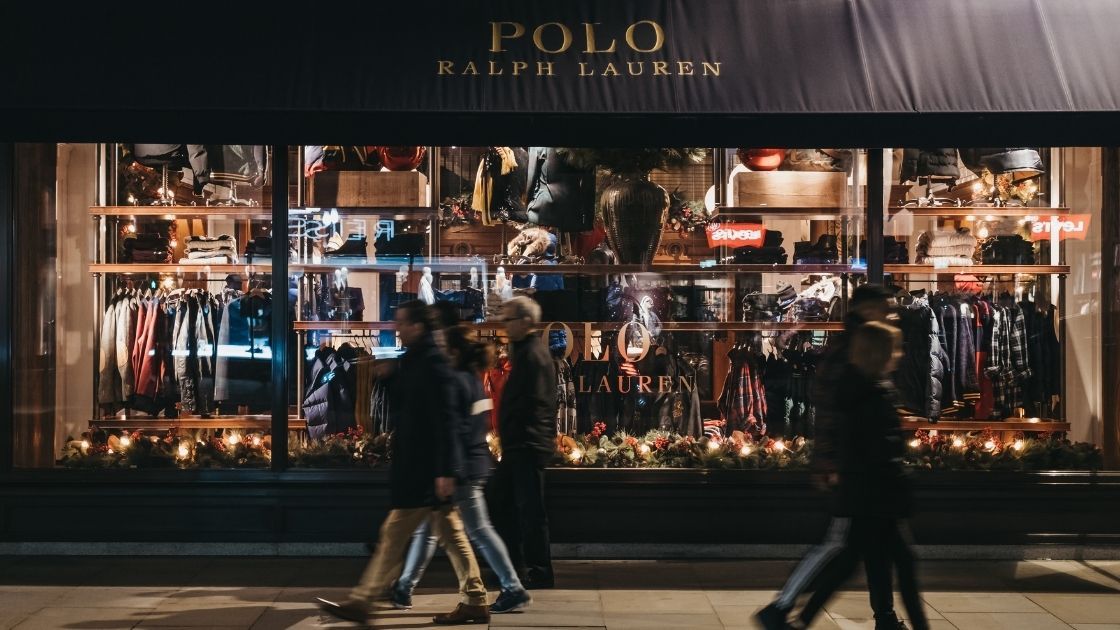 Ralph Lauren Sets Out on a Mission to Recognize the Black Contribution in Fashion.

The collaboration between Polo Ralph Lauren and Morehouse, and Spelman colleges is trying to provide a more inclusive answer to the question: who owns the American style? Later this month, a limited edition collection paying homage to both schools' history and sartorial traditions with an all-Black everything marketing campaign will be released. Black creative directors, photographers, cinematographers, and models will be featured in the advertisements.

"Fashion is one of the few businesses where African Americans have not been able to meaningfully participate," said David Lauren, Ralph Lauren's chief innovation officer and son of the company's founder, in an interview with The New York Times. "And we wanted to address that."

The line is inspired by the university's yearbooks and newsletters, archival pictures, and mottos, and it draws directly from them. More importantly, it reflects on the impact of Black college students in influencing style trends.

“It was really important to steep this in history to show that this is not new,” James Jeter, Ralph Lauren director of concept design and special projects, Morehouse College alum (class of 2013), and brainchild behind the capsule, told WWD. “A lot of this project was really about changing ownership around how we think about clothing. So who owns three-piece suits? Who owns cable cardigans? Who owns the circle skirt, for instance? And while it’s typically and historically been relegated to Ivy League schools, if you see a lot of these archival images from [Morehouse and> Spelman, that has helped to inform a lot of the way that we approached not only the design but the way that we approached the campaigns as well.”

HBCU students were actively developing their style long before the collegiate style became associated with an often un-inclusive elite. (Both schools collaborated with Ralph Lauren designers.)

“By sharing the early history of Spelman, as reflected in archival research, through clothing, the collection encourages conversations about the creative power of the Black experience and how a personal fashion aesthetic intersects with institutional values of solidarity and connection,” she said. “The history of dress and style played a critical role in the late 1950s and 1960s in the Civil Rights Movement. Students who sat at lunch tables, or who protested in front of segregated department stores or marched in protests always did so with deliberate and planned consciousness of their dress.”

Nadine Ijewere shot the campaign, which looks like a modern spin on the 1920s and '30s classics. The collection includes tweed three-piece suits made in Italy with materials from London, boatneck sweaters decorated with an "M," a double-breasted linen jacket with a Spelman crest, and a formal dress with a keyhole back.

“We are thrilled to celebrate the legacies of Morehouse and Spelman Colleges through this capsule collection and campaign, which spotlights some of the incredible talents within the HBCU community while also paying tribute to the timeless style of these two institutions,” said David Lauren in a statement.

"67" is written on the back of some athletic attire, appealing coordination since Morehouse College was founded in 1867 and Ralph Lauren began operations in 1967. For the first time, a Spelman-branded scarf will adorn the legendary Ralph Lauren Polo bear.

The meaning of the pieces is far more critical.

The "S" on one of the Spelman sweatshirts was inspired by a typeface from the late 1800s/early 1900s version of the Spelman Messenger, a newsletter that is still delivered to date. The white dresses also pay homage to an ancient Spelman custom.“ Since the inception of the institution in 1881, young women were instructed to bring a dress made of simple white cotton as a way to have something beautiful to wear on formal occasions. It’s a tradition that we continue to uphold,” said Dara Douglas, Ralph Lauren director of inspirational content and the Ralph Lauren Library — also a Spelman alum (class of 2003). “We wanted to pay homage to that tradition in creating these dresses.”

Ralph Lauren's Ralph Performance Polo is a project that pays tribute to the legendary 1930s polo player, Major Taylor, and his achievements on the court. Ball players have worn polo performance gear for decades, but now it will also be available to everyone. On March 29th, the collection of limited-edition goods known as The Incredible '20s will be available online and in select Ralph Lauren stores.

The collection, according to Douglas, “shows the depth and breadth of Black culture.”

“People conceptualize it as a monolith, so this helps to show those other images that…aren’t so prevalent in American culture and American society,” she said. “I think that this just shows how committed [Ralph Lauren is] to be able to expand the narrative of American style…who owns American style and what does that look like. Everybody should be able to be a part of that and see themselves reflected in that and I hope that it’s inspiring.”

Ralph Lauren will also release a limited-edition yearbook to commemorate the collection's launch, which will feature the importance, contribution, and ethos of Morehouse and Spelman Colleges, as well as some of the archival photos used in creating it. The campaign includes a 27-minute film titled "A Portrait of the American Dream," which depicts the making of the collection and its significance.

The "Ralph Lauren Ralph Lauren Collection" was created by the fashion designer's son, David Lauren. The film will premiere on March 28 at 7:30 p.m. EDT on Ralph Lauren social media channels and the yearbook will be available for digital viewing the next day.

In addition to the collection, Ralph Lauren Corporation Foundation committed $2 million for scholarships for Morehouse College, Spelman College, and ten other HBCUs through the United Negro College Fund in December 2021. The company says it is working with these schools to expand internships, recruitments, and mentoring.

As a page in the collection “yearbook” quoting Lauren reads, “Our portrait of American style and our vision of the American dream, would be incomplete without Black experiences like this.”

How to Get Cast in Hulu’s ‘Black Cake’

HBO Has Renewed 'The Gilded Age' For A Second Season The Gilded Age will be resurrected for a second time. HBO has ordered a second season of Julian Fellowes' h...