Internet Advisor will pay you $1,000 to binge-watch Netflix's 'Ozark'.

Netflix's 'Ozark' season 3 is returning to the streaming platform. But, here's a great opportunity to get paid to watch the Georgia-filmed series. To prepare for the upcoming release of season 3 of 'Ozark' on March 27, Internet Advisor is looking to pay someone $1,000 and Ozark swag to binge-watch seasons 1 and 2 of the Netflix show. The chosen applicant will need to watch all 20 hours of season 1 and 2 of 'Ozark' and complete the research questionnaire they will provide while they are watching. From Internet Advisor:

Yeah, you heard me right. I bet now you're wondering how to go about that. Who wouldn't want to receive some cash for watching the best TV show Ozark?

And now or never, you can also change your luck this March like Marty, when InternetAdvisor.com gives you the chance to watch about 20 hours of Ozark for $1000.

Ozark's first episode aired in July 2017, and since then, nothing has been the same for Marty and his family. And it's about to change for you. You can start by getting your popcorn ready and a cozy blanket to watch Ozark Season 1 and 2. We mean it when we say we'll pay you a whopping $1000 to watch 20 hours of the series.

You saw it with your two naked-eyes when the cartel killed Marty's business partner and his girlfriend after they suspected he was skimming them money. And Marty was next, but being a quick thinker, he manages to save his life by promising to launder 500 million dollars in five years out in the Ozarks as a way of payback. Now, you can earn $1000 bucks to watch Ozark all over again. 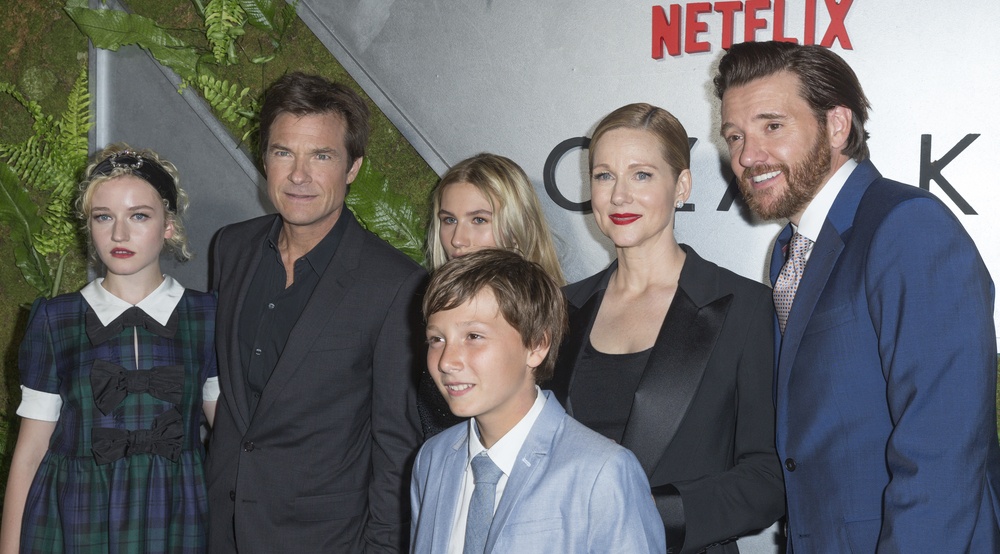 New York, NY USA - July 20, 2017: Julia Garner, Jason Bateman, Sofia Hublitz, SkylarGaertner, Laura Linney, Jason Butler Harner attend Netflix Ozark New York Premiere screening at Metrograph (lev radin / Shutterstock.com) Created by Bill Dubuque from "The Accountant," "The Judge", this Netflix series stars Jason Bateman as Marty Byrde, a fiscal planner who moves his family from Chicago to a summer community in the Ozarks. With his family of four, Marty is on the move after a money-laundering scheme goes crazy, requiring him to pay off a large debt to a Mexican drug lord in to keep his family protected. While the Byrdes' future swings back and forth, the desperate circumstances force the family to reconnect. The TV series filmed in Georgia for the last three seasons. Continue Reading:

Netflix’s OZARK season 3 is now casting extras to work on several scenes filming shortly in Atlanta, Georgia. Casting directors are now casting actors, models, and talent to work on scenes filming from October 17th through the 22nd in...
Previous articleAmazon is Hiring 100,000 People Due to Coronavirus Outbreak
Next articlethredUP is Now Hiring People to Work From Home