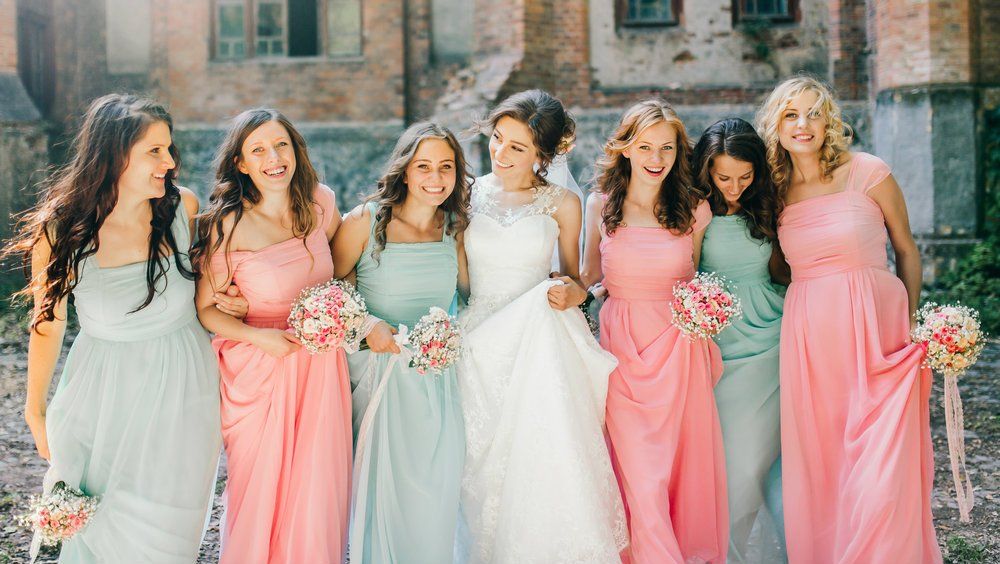 Beautiful bride with her pretty bridesmaids

The latest movie in the “My Big Fat Greek Wedding” franchise has started filming. The writer and star, Nia Vardalos announced on her Instagram page that she will be directing this third installment. It's been quite a few years since we've seen one of these movies come out but it looks like they're back with a vengeance - or should I say 'fatness'?

When Vardalos wrote and starred in her 2002 movie “My Big Fat Greek Wedding,” she had no idea it would become an instant classic. The film was originally released to wide acclaim but bagged its writer an Oscar nomination for Best Original Screenplay.

What's more, is that this little black comedy about family dynamics also earned a spot on Hollywood insiders' lists as one of my favorite films from 2006-2010.

The story of “My Big Fat Greek Wedding” follows Toula, an American girl who falls in love with a man from another culture and travels to Greece for their wedding. However when her family objects due to his lack thereof being "greeky," she faces many obstacles including getting him accepted by hers while coming to terms with herself not only as gregarious but also having some heritage on there too.

The original movie was a massive hit, and its success led to another one in 2016. “My Big Fat Greek Wedding 2" made just under $60 million at home but didn't hold up as well financially compared with the first film's revenue stream of nearly 80%.

The cast and plot details for “My Big Fat Greek Wedding 3” remain under wraps. The late Michael Constantine, who played Toula's father Gus in the previous films passed away last year but was unable to begin filming on this newest installment before it started so now a new actor will be playing his role.