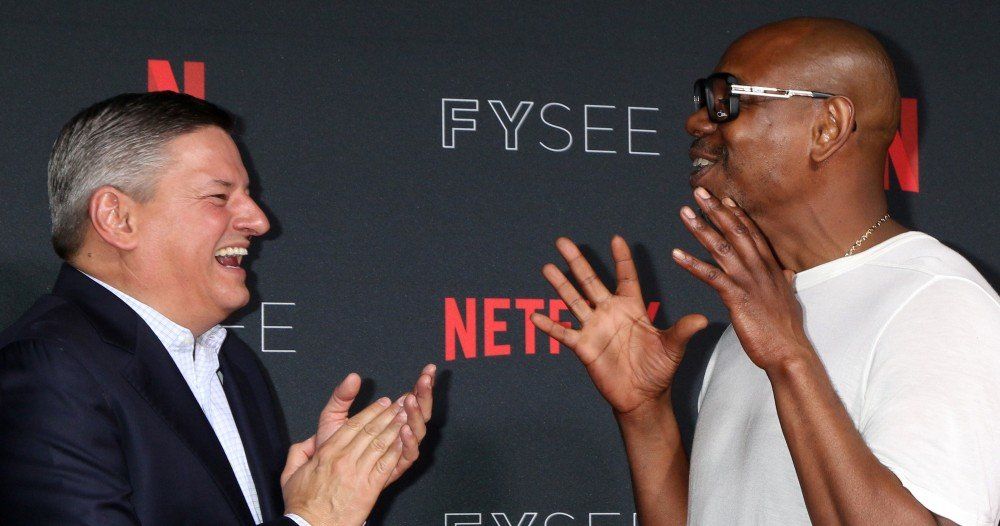 Dave Chapelle drops his name from the theater dedicated to his honor.

Dave Chappelle has pulled out of plans to name his new performing arts theater after himself following student backlash over the controversial Netflix comedy special, "The Closer."

The Washington Post reports that Chappelle made his announcement at the Duke Ellington School of Arts in D.C., where he dedicated a theater to himself after previously delaying its opening due to students' criticism over similar jokes from one of his shows which have been widely condemned as transphobic.

The event, now naming the theater "Theater for Artistic Freedom and Expression," had been pushed back since November because many people felt like they weren't given enough time for input about how their school should look and feel when it comes down to providing an arts platform.

Chappelle declined the honor because he didn't want his name distracting from students' work. Last year, The Duke Ellington School of Arts initially postponed naming their theater after backlash mounted over Chappelle's Netflix comedy special "The Closer." This set included graphic jokes about transgender women, and this caused controversy among some people who believe it should not be paired with a school for artistic excellence like theirs.

In an interview with The Washington Post, Sandi Logan tells how she's had several conversations about comedian Dave Chappelle being in school. She also says that there is a significant LGBTQ+ community at Duke Ellington, and last year he pledged $100K for their theater fund.