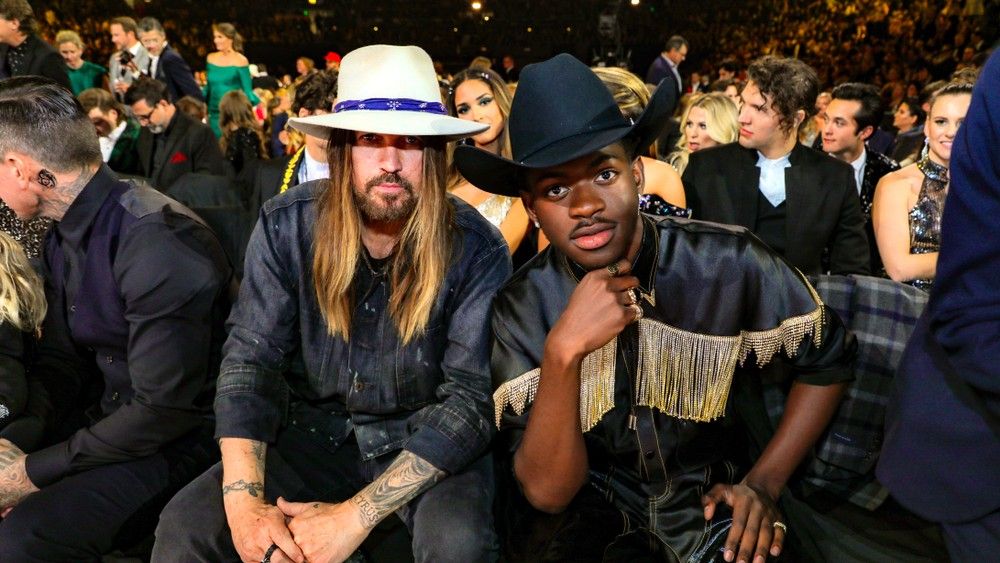 Nas X made his high fashion debut in a black leather vest, brown above-the-knee shorts, and gold wristlet-style jelly bag. He shared a glimpse of the look on his Instagram story, rocking chest-length braids and smoldering for the camera.

The fashion house began hinting at a possible collaboration with the "Old Town Road" artist two days before the show. They posted a glimpse of his mouth and customized gold grill that spelled out "September 12" on his top teeth and a stunning "C" embossed grill on the bottom -the date of the show.

"Someone new is joining the #CoachFamily. See the reveal Monday at 2 PM EST," read the caption.

The designs were a blend of Western, playful, and futuristic.

"Coach's heritage and craft meet the future. Swipe to see #LilNasX giving glam in every way, shape, and form," wrote the brand in a caption

"Our new global ambassador shares our belief that style should be about courageously exploring all of who you are. We couldn't be prouder to cheer him on at our Spring '23 runway show," reads the brand's site.

Lil Nas X marked the momentous occasion by taking a series of star-studded photos after his walk.

"THEY DON F***** AROUND AND MADE ME THE NEW AMBASSADOR AT @COACH," read his caption.

The photo montage included appearances from celebrities such as Doja Cat and Serena Williams. They filled the comments with positive reinforcement for the news, with Coach replying, "WE DON DID," and TikTok star Addison Rae writing "Omg" in response to the story.

At Vogue World, a live runway show celebrating the magazine's 130th anniversary and showcasing favorite looks from Balenciaga, Gucci, Coach, and other fall collections — something Nas X teased in August, sharing a photo of himself with model Hailey Bieber and an animated Statue of Liberty by a phone booth. His caption read "NASQUIAT," about Neo-expressionism artist Jean-Michel Basquiat's well-known freeform dreadlocks.