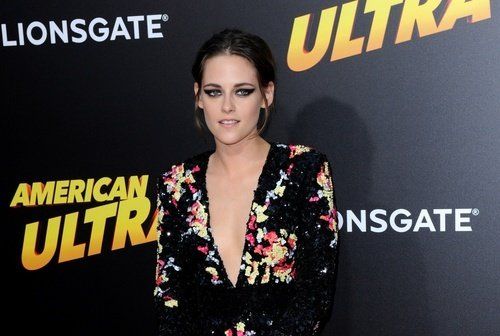 Personal Shopper (Assayas): knew from about five minutes in that this was going to be booed. #Cannes2016

judging by the boos that PERSONAL SHOPPER just got at #Cannes, it might just be one of the best movies ever made. can't wait. — david ehrlich (@davidehrlich) May 16, 2016

The movie's director and Kristen Stewart responded by saying they are shrugging off the bad reviews. “When you come to Cannes you’re prepared,” Olivier Assayas told Variety. “You’re prepared for anything.” Assayas added: “Movies have a life of their own…people have expectations of a film and then the film is something else.” Kristen Stewart laughed it off . “Hey everyone did not boo.” Related: Kristen Stewart is Happy That Universal Didn’t Want Her in ‘The Huntsman: Winter’s War’ This is not the first time a movie was booed at during a movie premiere. In fact, Matthew McConaughey's movie Sea of Trees was also booed following its Cannes debut last year. Via Variety What do you think? Discuss this story with fellow Project Casting fans on Facebook. On Twitter, follow us at @projectcasting.
Previous articleActor Reveals What It Was like to Audition for Han Solo Movie
Next articleHarley Quinn Movie is Coming Soon