HomeHealthCoronavirus: Italy Opens Movie Theaters as They Could "Not Afford" To Wait For a Vaccine" 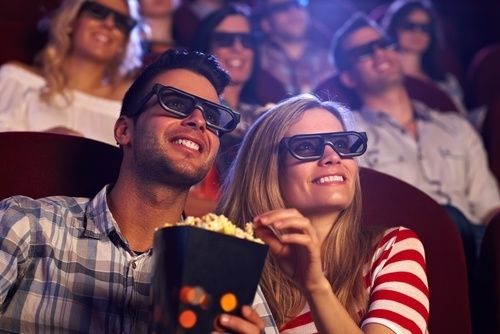 Italy is reopening movie theaters across the country before a Coronavirus vaccine is released.

According to Nypost, Italy will reopen its movie theaters next month as the country starts to “accept” the risks, which come with relaxing lockdown restrictions.

Deadline reports, the government announced the country will allow cinemas to return to business June 15 with social distancing measures including staggered seating and online reservations.

“We are facing a calculated risk with the awareness that the contagion curve could rise again,” Prime Minister Giuseppe Conte said Saturday.

He added Italy could “not afford” to wait until a vaccine was developed.

“We are taking this risk and we have to accept it, otherwise we could not restart,” Conte said.

Outside of China, Italy became one of the first countries to start a strict lockdown policy in early March when it became the epicenter in Europe of the coronavirus pandemic.

Italy has seen over 200,000 cases of the Coronavirus COVID-19, resulting in 31,000 deaths according to John Hopkins University.

In other related news, Tyler Perry will resume production on two shows starting this July in Atlanta, Georgia following the Coronavirusshutdown.

The facility will have strict rules that include testing and keeping the cast and crew on Tyler Perry Studios’ 330-acre lot. Tyler Perry is expected to remain on the lot for the duration of the shoot along with the cast and crew. The existing homes on the former military base will provide housing for everyone working on the show.