HomeEntertainment News'Collateral Beauty' Will Be Will Smith's Next Movie

Will Smith will play a depressed ad-executive in the new dramedy Collateral Beauty.

Will Smith's new movie is finally here. According to reports, the director of Me and Earl and The Dying Girl, Alfonso Gomez-Rejon, will direct Will Smith in the new movie Collateral Beauty.  Collateral Beauty is a drama that centers around a New York advertising executive who experiences a deep personal tragedy. His colleagues devise an unconventional plan to break him out of his depression — which works, but not in a way that anyone imagined. 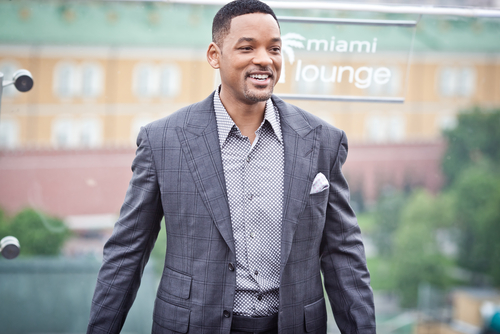 Andrey Bayda / Shutterstock.com Will Smith, whose next movie will tackle the NFL's controversy surrounding brain trauma, will take on the lead role as the ad executive. According to The Hollywood Reporter, producers have been circling this project for over a year and have been looking at a wide range of actors to play the lead role in the upcoming movie. In fact, Hugh Jackman was previously attached to star but exited the project due to scheduling conflicts with his new Wolverine movie. Rooney Mara was also attached to co-star in the project but was later fired/quit for undisclosed reasons. Will Smith just finished working alongside Jared Leto in the Warner Bros. Superman spinoff, Suicide Squad.