According to reports first reported on Reddit's /r/WikiLeaks, the NFL's lawyers used copyright laws to force Sony Pictures to make changes to the script of Will Smith's upcoming feature film, 'Concussion'. Sony Pictures' new movie 'Concussion' centers around the real life drama around concussions in the NFL. However, there was a huge issue that nearly stopped production for this major feature film. The problem was Sony Pictures did not have the rights to use NFL team logos, press room footage or any other NFL copyrighted properties. So, Sony brought in NFL representatives to water down the effects of the head injuries on the football players and how the NFL reacted to the controversy. 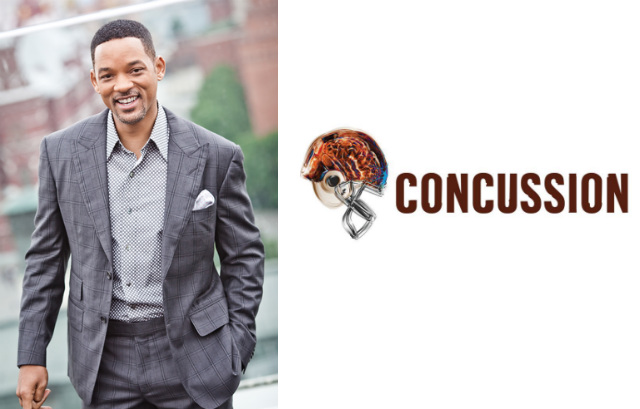 Andrey Bayda / Shutterstock.com Recently, for the first time, the NFL commented about the upcoming Sony film Concussion. In response to the movie's trailer, which was released on Monday, NFL senior VP of health and safety policy Jeff Miller said in a statement to the Hollywood Reporter the following:

"We are encouraged by the ongoing focus on the critical issue of player health and safety. We have no higher priority. We all know more about this issue than we did 10 or 20 years ago. As we continue to learn more, we apply those learnings to make our game and players safer."

Concussion stars Will Smith and opens on Christmas Day. The controversial film centers on Dr. Bennet Omalu, a forensic neuropathologist who made the first discovery of CTE, a football-related brain trauma. Concussion will definitely stir up a lot of controversy given that the film focuses on how the NFL ignored Dr. Omalu's findings and put the players' lives in jeopardy. What this illustrates is that the upcoming Will Smith 'Concussion' is not a true story but rather "based on a true story" approved and watered down by the NFL. You can view the emails and the NFL approved script revisions here.
Previous article[WATCH] All of the 'Star Wars' Audition Tapes and They Are Amazing
Next articleMarvel CEO Doesn't Believe Female Superheroe Movies Are Profitable