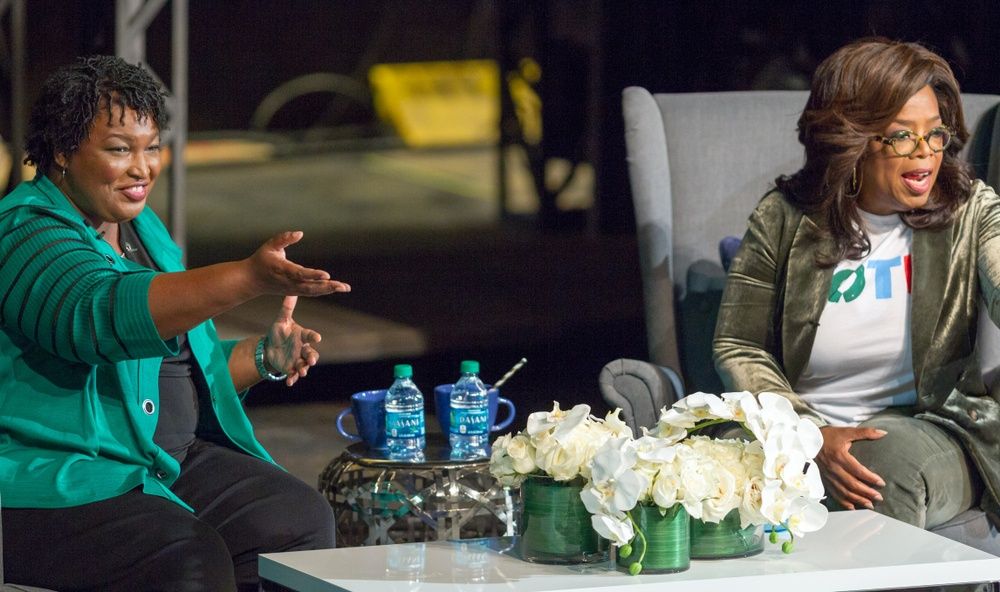 Stacey Abrams travels to Los Angeles to meet with Hollywood executives over the heartbeat bill.

According to reports, former Georgia gubernatorial candidate Stacey Abrams flew to Los Angeles on Tuesday to meet with Hollywood executives and influencers, encouraging them to not boycott Georgia over the anti-abortion law, otherwise known as the heartbeat bill.

"It was a really solid meeting. I was very excited by the energy and the attendances. It was a packed room," Abrams said. "My mission is to make sure these jobs stay in Georgia. That should be everyone’s mission."

Stacey Abrams visit is not reportedly going well with some Georgia Republicans. In a statement, state GOP chair David Shafer wondered why Abrams was in Hollywood at all.

“Stacey Abrams is not the governor, but Hollywood is the perfect place for her to pretend to be one.”

This news comes after multiple TV shows and movies have threatened to boycott the state over the heartbeat bill.

Miranda Bailey’s Cold Iron Pictures was set to film a sci-fi romance film “Time Capsule” in Georgia this June. However, the producer has pulled out of the state.

A representative for Bailey told The Hollywood Reporter “she decided to step away from the project because it would shoot in Georgia and she stands by women’s right to choose.”

AMC is threatening to permanently move their show out of Georgia to another state. “If this highly restrictive legislation goes into effect, we will reevaluate our activity in Georgia,” an AMC spokesperson said in a statement. “Similar bills — some even more restrictive — have passed in multiple states and have been challenged. This is likely to be a long and complicated fight and we are watching it all very closely.”