Rachel Bullock Casting posted a casting call for extras to appear in the Dreamworks and Paramount Pictures' upcoming live-action thriller, Ghost in the Shell. The casting call is for people of all ethnicities, age 18 and over, and able to work. Filming is started to begin from Wellington's Stone Street Studios in January 2016. Dreamworks and Paramount are con-financing and co-producing the film. Paramount will handle the international release of the upcomign feature film and Dreamworks will handle the release according to their original deal with Disney. The movie is set to open on March 31, 2017. Disney initially scheduled the release of the live-action film for April 14, 2017, but announced its plans to push forward the release of the movie into April. Scarlett Johansson, the actress most known for Lucy, Lost in Translation, and The Avengers signed on to star in this adaptation of Masamune Shirow's manga, and Rupert Sanders (Snow White and the Huntsman) will direct off a script by William Wheeler (Hoax, The Reluctant Fundamentalist). Johannson revealed earlier in April that the film "will be shooting the beginning of next year, so I think we start production January or February." Deadline reported earlier this year that she was offered $10 million for the role. To apply for a background acting role on the upcoming Ghost in the Shell movie, check out the casting call breakdown below: 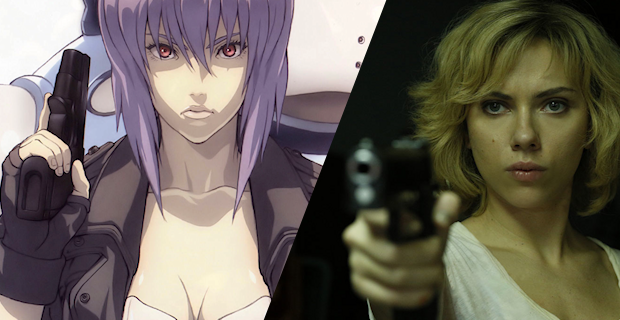 I am casting extras for the following film and we are looking for a wide variety of people. We want to have all ethnicities covered in this film. At this stage we would need people to fill out a form and have a couple of photos taken of them. Please note this is a paid job. If anyone would like to get in touch with me please e mail [email protected] FEATURE FILM LOOKING FOR PEOPLE TO BE EXTRAS
“Ghost in the Shell,” a DreamWorks Studios film shooting in NZ (out of Stone St studios in Wellington) in January 2016. This film is based on the internationally-acclaimed manga and anime series of the same name. If you or anyone you know are interested in being an extra, are available to work in Wellington, and are aged 18+ please let me know.

What do you think? Discuss this story with fellow Project Casting fans on Facebook. On Twitter, follow us at @projectcasting.
Previous articleFox 'Sleepy Hollow' Season 3 Casting Call for Fishermen in Atlanta
Next articleCommercial Casting Call For Several Roles in Wilmington