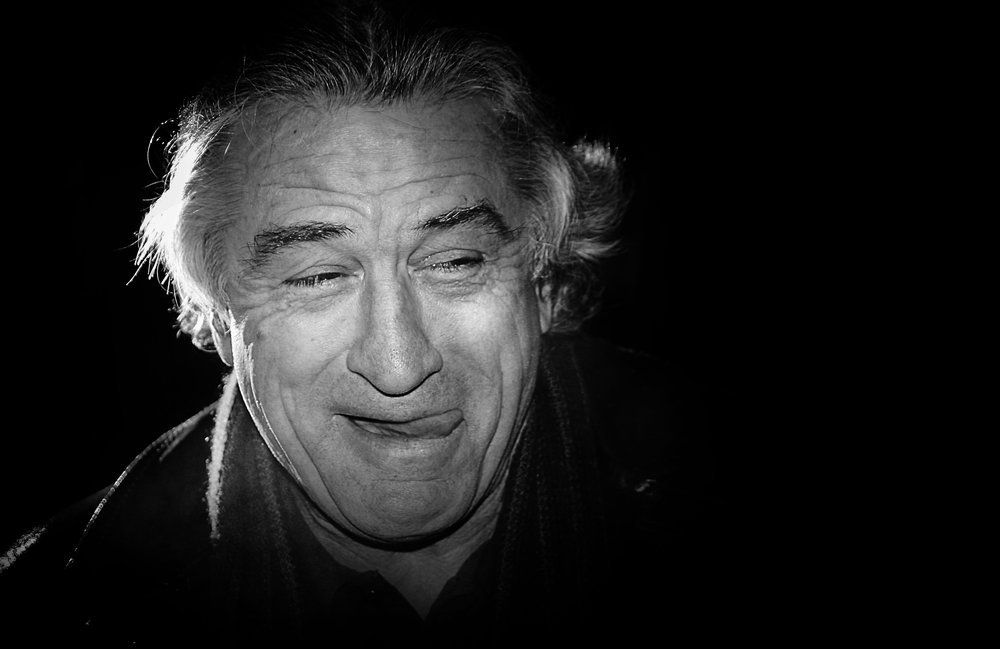 With two Oscars, a Screen Actors Guild Lifetime Achievement Award, and the Presidential Medal of Freedom under his belt, it's safe to say that Robert De Niro has had a successful career in acting. Young actors everywhere hope to one day achieve even a fraction of the greatness De Niro has accomplished throughout his over fifty years in the industry. He has left an indelible mark on cinema history with his incredible performances in some of the most well-known films and is truly respected by all.

Robert De Niro's success is due to his immense skill as a performer. He always exceeds audiences' expectations by taking on roles so different from one another, like a ruthless mafia boss in "Goodfellas" or an obsessed wannabe comedian in "The King of Comedy." De Niro puts intricate thought into each character he creates, which has led to many amazing performances over the years. His talent for acting is greatly respected throughout Hollywood and beyond--to the point where books have been written about it! Although show business certainly isn't fair, De Niro's exceptional level of talent almost inevitable lead to his widespread success.

Creating art is a difficult process that requires years of practice and refinement. Many artists have to learn from different teachers to master their craft. In 2012, De Niro gave an interview with Interview Magazine, where he talked about how his parents supported his pursuing his dream. He credited them for giving him the strength and tenacity to achieve his goal.

De Niro's parents were both successful painters, and De Niro spent his childhood in Manhattan with his mother, Virginia Admiral. His parents divorced when his father, Robert De Niro Sr., came out as gay. By the time he was ten years old, De Niro had already expressed interest in acting and enrolled in Dramatic Workshop classes. In an interview piece, De NIRO noted that it was due to his parent's support and their connections within the industry that landed him such a renowned acting school at such a young age.

"They were both supportive. They would never tell me no. My mother worked for a woman, Maria Ley-Piscator, who, with her husband, founded the Dramatic Workshop, which was connected to the New School. My mother did proofreading and typing and stuff for her, and as part of her payment, I was able to take acting classes there on Saturdays when I was 10. This couple had come out of Germany, and the guy went back, but his wife stayed and ran the workshop. It was a big school with a lot of actors, some of whom were able to study acting on the G.I. Bill. Brando and Steiger went there, the generation before me."

Being the child of two already successful artists gave De Niro an immense leg up. His parents were able to utilize their high-class connections to provide him with the best education money could buy for acting. And we're not talking about any school, and this is where even Marlon Brando had studied! However, attending The Dramatic Workshop was only his first step in what would become a legendary journey.

When De Niro was 15, he had the opportunity to study with Stella Adler at the Conservatory of Acting. This list of actors who studied under her is long and impressive, including Steve McQueen, Elaine Stritch, and Harvey Keitel. Many of her acting techniques are still taught today, which De Niro benefitted from greatly during his time working with her.

"Stella Adler prided herself on teaching the Stanislavsky Method the way it should be, according to her, and I must say I agree with her standpoint. My feelings were, use a little bit of this and a little bit of that, and whatever works for you as an actor is fine."

According to the Stanislavsky Method, popularized by Konstantin Stanislavski, actors should fully immerse themselves in their character's circumstances to draw more naturalistic reactions. This process often requires lots of time to prepare, practice, and research before beginning filming.

De Niro's period of learning under Adler appears to have had a significant effect on both his craft and method of acting. For instance, to play the 'Taxi Driver' role, De Niro learned how to drive an actual taxi cab. Similarly, he also picked up some saxophone, playing his part in 'New York, New York'. As he explained in an interview with Michael Parkinson back in 1981, this research gave him the assurance to not overplay scenes by acting them too broadly - instead, being able to play them relatively straight.

De Niro's work with Adler was not the end of his theatrical education. He studied at Lee Strasberg's Actors Studio at 18 as well as at the HB Studio before beginning his movie career, where all his training paid off as he quickly proved himself to be a star in the making with his well-received performance in "Bang the Drum Slowly," in which he played his first major lead role.

De Niro learned a lot while working with some of the film medium's greats, including his partnership with Martin Scorsese. However, De Niro believes that one of the most important duties of an actor is to make each role their own- he spoke about this in a 1991 interview.

"You realize you have to make it work for yourself. It's like reading a script that's so good that you wanna say the lines exactly the way they are, but you have to realize that sometimes you have to have a little flexibility in order to make it more personal."

After years of practice and dedication, De Niro has become an actor that other great actors aspire to be. It is a profession that often requires countless hours of work, but it all started with unwavering support from his parents.