While everyone knows who Kevin Hart is now, he has been working in the film industry and comedy circuit for years before ever making it big. In a recent interview, Hart lamented his thoughts on his acting career and comedic career with The Hollywood Reporter.  Hart revealed some inspiring and powerful acting advice for aspiring comedic actors in the film industry. He explains that his best advice is to be yourself. "A lot of people want to get into comedy and talk about it, but you don't realize the first step to getting into comedy is actually going to do it," he said. "You can't do things that you don’t put actions behind. So sit down, take a piece of paper, write out your thoughts and then go to an amateur night and try them. If it doesn’t go well, see what worked, what didn’t work and go back and try it again. But don't be a talker, be a doer." 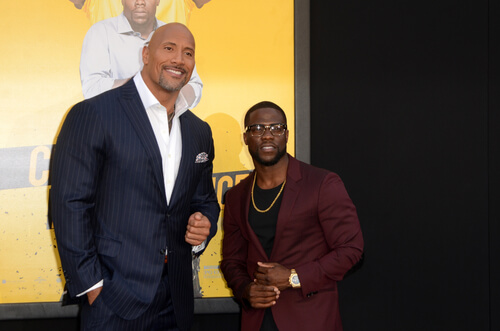 LOS ANGELES - JUN 10: Dwayne Johnson, Kevin Hart at the Central Intelligence Los Angeles Premiere at the Village Theater on June 10, 2016 in Westwood, CA (Helga Esteb / Shutterstock.com) Hart goes on to explain what it was like to work with Dwayne Johnson saying, "he's a positive guy that wants to see good for people. I'm the same, man. We believe in love, we believe in laughter, and we believe in living right. When you find yourself with a person like that, that attitude becomes contagious, and together, you spread a lot of that positive energy. That's what we've done." Via The Hollywood Reporter Related: Have an actor tip? Share with us your thoughts in the comments below.
Previous article'Friends' Fans Bash This Background Extra Acting Skills [VIDEO]
Next articleMichael B. Jordan Shares a Powerful Response to Police Shootings