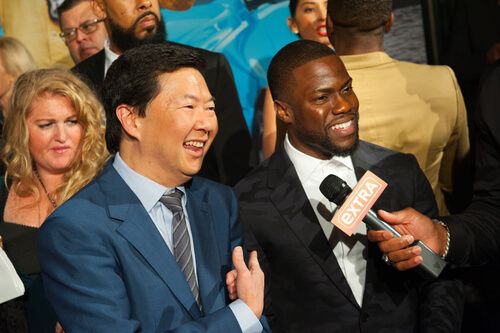 Kevin Hart reveals his secret to being funny on social media.

Kevin Hart is on fire. Nearly every movie he does is a box office success. He has signed on for multi-million dollar deals with Nike, Sony, and even Facebook. So, how does the new king of comedy do it? Well, in a recent interview with The Hollywood Reporter, Kevin Hart explains that it all starts on social media. Hart explains that in order to make it in the film industry you have to build a brand and the best way to build a brand is through social media. “That’s the power of building that brand, when you take all that time and you spend endless days and hours working it.” Hart explains that he enjoys Instagram because it allows him to showcase his family, and comedy at the same time.  “Me being a father, an entertainer, a comedian, a husband, a dog lover or a car person,” he told reporters. Hart added, “The best thing about letting people behind that curtain is simply showing them the work that’s being put into the craft,” he adds. Hart explained that he posts a video a day on Instagram. “We all can be cool in a picture, but I think you come off very interesting when you’re not afraid to be yourself in that live moment of the 60-second recording.” In addition, he explains that at the end of the day it brings him closer to his fans. “I don’t like to do things that don’t engage and don’t bring me closer to my quote unquote fan base,” Hart says. “I don’t do it to separate myself, I do it to put myself on the same playing field as them.” Kevin Hart is not lying. Social media is extremely important and as casting directors, studies, and actors pointed out time and time again, acting talent doesn't really matter. But, a social media following does. If you're not using social media as a platform to connect with an audience, then you are not only missing out on a way to connect with fans, friends and people, you are most likely hurting your acting, filmmaking, and business career. Related: What do you think? Share with us your thoughts in the comments below.
Previous articleYour Old Pokemon Cards May Be Worth Thousands of Dollars
Next article10 Famous Actors Who Did Horrible Things To Their Fans [VIDEO]