The film industry is filled with stories of actors who auditioned for big roles they didn't get, and perhaps the most scrutinized "big role" audition process in the last several years has been the search to find the actor to replace Harrison Ford as Han Solo in the upcoming Star Wars origin movie. Related: The New Han Solo Was Discovered by Steven Spielberg at a Bat Mitzvah According to reports, nearly every actor under the age of thirty that looked like Harrison Ford auditioned for the role. The role eventually went to Hail, Caesar! star and Steven Spielberg friend Alden Ehrenreich.

One of the actors who had auditioned for the role was Unbroken star Joack O'Connell. In a recent interview with Yahoo! Movies, O'Connell opened up about the Han Solo audition process and how frustrating it was. Related: Casting for Disney’s Han Solo Movie is Down to a Few Actors O'Connell explains that while he's fine with being rejected for movie roles, he felt the Han Solo casting process was "tediously frustrating." He explains, “I love the process of auditioning, even the rejections. It will refine you and make you stronger as an actor. Or sometimes it can be so tediously frustrating that it exhausts you as an actor. I think that applied throughout this process. It didn’t go my way. I wish them all the best of luck. But I don’t know necessarily agree with the reasons given.”

“I love the process of auditioning, even the rejections. It will refine you and make you stronger as an actor."

According to O'Connell, the biggest problem was that he was only given one chance to audition and he felt like it didn't showcase his acting abilities. He argues, “The most frustrating thing is when you feel like your full potential hasn’t been recognized. Or, the imagination required for your potential to be recognized, isn’t necessarily there. And it’s very hard to convey all these things in one audition. But that’s the process, and I don’t think one individual will change that.” 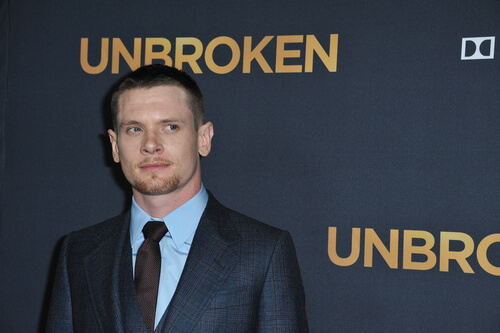 Featureflash Photo Agency / Shutterstock.com Related: Star Wars Han Solo Movie: How to Audition for a Role O'Connell recognizes that the audition process is part of the job of being an actor. He explains, “That process kind of contributes to the overall exhaustion that you have to face as an actor. It’s part and parcel of the job, and the roles that are worth getting are the ones that you’ve got to fight for. As the way I see it, it’s only so often that you’re given a role that you’ve always wanted to play.” Related: ‘Star Wars’ is Now Casting Lead Roles for the Han Solo Spinoff Via Yahoo! Movies What do you think? Discuss this story with fellow Project Casting fans on Facebook. On Twitter, follow us at @projectcasting.
Previous article'Star Wars' Casting Director Reveals How She Finds New Talent
Next articleKristen Stewart's New Movie Booed at Cannes Film Festival