HomeFilm SchoolSTUDY: Atlanta is the #1 City for Actors and Filmmakers 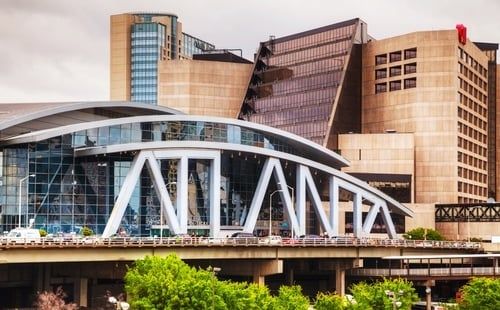 Atlanta is the number one city for actors and filmmakers, according to a new study.

As we have pointed out time and time again, Atlanta is one of the best cities in the world to launch a career in the entertainment industry. With over 20 movies and TV shows on average filming at one time, this new study is not that surprising.

According to MovieMaker.com, Atlanta is the number one city to live and work as a filmmaker.

You don’t always have to be the center of attention to get noticed. Such is the case for this bustling metropolis. Atlanta’s doing everything right and then some to accommodate moviemaker locals and transplants, without having to endure a perma-celebrity culture.

Recently, Georgia has become home to the biggest film industries in the world. Georgia is currently ranked third in productions in the world. In fact, between infrastructure, film academies, and a diverse landscape, Atlanta has identified itself as the new Hollywood. In addition, the state's tax incentive program offers 30 percent transferable credit (20 plus 10 if you use the state’s logo in your credits) for productions spending over $500,000 in the state. This has helped Georgia earn $6 billion in film industry revenue in the last year alone with no plans of slowing down.