Zack Snyder, who worked as an executive producer on the DC Comics blockbuster, Suicide Squad, actually directed a small part of the feature film. Can you guess which part? 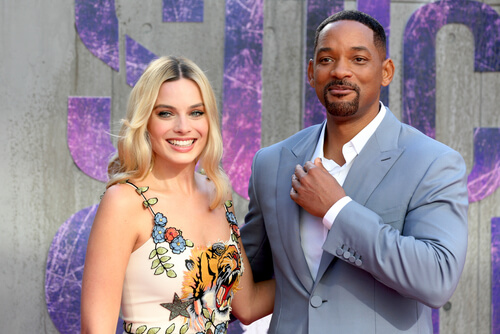 LONDON - AUG 03, 2016: Margot Robbie and Will Smith attend the Suicide Squad film premiere on Aug 03, 2016 in London (Twocoms / Shutterstock.com) According to reports, Suicide Squad writer-director David Ayer revealed to Collider that Snyder was the man that directed the portion of the movie where Captain Boomerang's capture by The Flash is shown in a flashback sequence. The portion of the movie was shot in London, and Ayer says some luck played a factor in capturing that part of the movie. It takes a lot to make time, money and patience to film scenes with so many super villains and superheroes. NEW YORK-JUNE 10: Director Zack Snyder attends the world premiere of "Man of Steel" at Alice Tully Hall at Lincoln Center on June 10, 2013 in New York City. (Debby Wong / Shutterstock.com) “Flash was always in the movie,” noted Ayer. “We just got lucky becauseJustice League was happening and they had the uniform, they had the assets, so we were able to get that photography.” Suicide Squad is in now in theaters and while it has received bad movie reviews, it's a blockbuster hit. Via Collider Related: What do you think? Share with us your thoughts in the comments below.
Previous article'Birth of a Nation' Director Nate Parker Bashed for Having White Wife
Next articleNetflix: 'Would Be Dumb Not To Do 'Stranger Things' Season 2