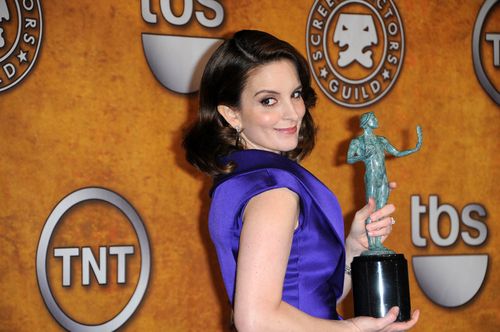 A new study suggests that Americans want to see Tina Fey replace Jon Stewart when he quits his hosting The Daily Show. According to Quinnipiac University, over 1,000 people were given a choice between Tina Fey, Chelsea Handler, John Oliver, Craig Ferguson, Brian Williams, and Dennis Miller.

Tina Fey received 19% of the vote while Dennis Miller came in second with 16%. What do you think? Discuss this story with fellow Project Casting fans on Facebook. On Twitter, follow us at @projectcasting. Image Credit: s_bukley / Shutterstock.com
Previous articleWalking Dead Fans Are Furious Over Rick's New Love Interest
Next articleThis News Reporter Was Mugged Live on Camera [VIDEO]