Did The White House manipulate you by using 'The Daily Show'?

Over the last few years, the White House has seen their relationship with Jon Stewart as very important and took their friendship very seriously. According to Politico, the White house has quietly invited Jon Stewart to the Oval Office and back channeled with Daily Show writers and producers.

Due to Jon Stewart's viral influence and popularity in the key demographic, Obama's administration tried to use Jon Stewart and his show to tell the White House agenda in the 2011 budget fight and the 2014 Russia-Ukraine conflicts. Via Politico:

Jon Stewart slipped unnoticed into the White House in the midst of the October 2011 budget fight, summoned to an Oval Office coffee with President Barack Obama that he jokingly told his escort felt like being called into the principal’s office.

In February 2014, Obama again requested Stewart make the trip from Manhattan to the White House, this time for a mid-morning visit hours before the president would go before television cameras to warn Russia that “there will be costs” if it made any further military intervention in Ukraine.

To engage privately with the president in his inner sanctum at two sensitive moments — previously unreported meetings that are listed in the White House visitor logs and confirmed to POLITICO by three former Obama aides — speaks volumes about Stewart and his reach, which goes well beyond the million or so viewers who tune into The Daily Show on most weeknights.

The report does not suggest Jon Stewart covered topics because he was asked to, though the White House was reportedly happy to see a segment mocking Putin in his "first show after his February 2014 visit to the White House." 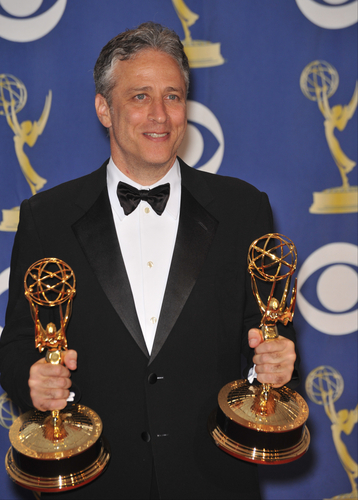 “I can’t say that because Jon Stewart was unhappy policy changed. But I can say that he had forceful arguments, they were arguments that we knew would be heard and deserved to be answered,” David Axelrod said.