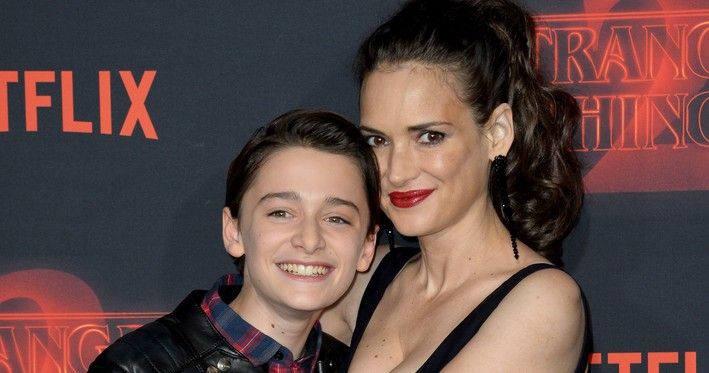 The actor who plays Will Byers on Netflix’s Stranger Things, Noah Schnapp, reportedly had his Twitter account hacked on Saturday afternoon.

The hacker tweeted messages tagging a few other Twitter accounts who may have possibly been involved.

“just beat the f— out of @noah_schnapp and stole his phone #JOBS,” read one message that Schnapp retweeted.

30 minutes later, Schnapp’s account deleted many of the tweets, including a message which included the N-word and other bizarre comments.

Schnapp is extremely popular on social media. In fact, he currently has over 12 million followers on TikTok. In an interview with Variety, he reported that many fans recognize him from social media and not from the Netflix show.

“I love being online because I feel like you can just be yourself and it’s so easy to open up. I just love social media because it’s just on a screen with all these people. You don’t see anyone so it’s easy to open up and have fun and not worry about what other people think,” he said. “TikTok especially is just so casual and very nonjudgmental. It’s one big inside joke and everyone understands it. It’s crazy to see how everyone can collectively come together and agree and decide on doing things.”

This news comes after production for ‘Stranger Things’ is on an indefinite hiatus due to the Coronavirus. However, last March, productions were at an all-time high with casting directors casting speaking roles, background acting roles, and even crew positions. Read our guide on how to audition for a role in Stranger Things here.

In relevant news, once ‘Stranger Things‘ starts filming again, there will be new rules including hiring fewer background actors. According to a new status update by EG Casting, Netflix ‘s production for ‘Stranger Things’ is still on an indefinite hiatus. However, new rules and regulations will be created once production starts. These new rules include limiting the number of background actors. In addition, extras will be expected to wear personal protective equipment and take safety training courses. Also, there will be temperature checks and hand sanitizer readily available.
“As of June 4, today, we do not have any information when Netflix will start up production again,” the Facebook status update says. “However, when we do, several things will change with casting. First, scenes will be much smaller, so that means less extras. There will be strict protocols when we come back: testing, temperatures will be taken at the door, hand sanitizer will be readily available. We will go to paperless vouchers. Extras will be expected to wear PPE and take safety training courses. Hang in there. I know it is frustrating for all of us. We will get back to normal I promise.”
More Project Casting Entertainment News:
Previous articleCommercial Casting Call for Friends (Pay is $4,000)
Next articleCoronavirus: Georgia Film Industry Leader Says More Projects to Film Starting This September