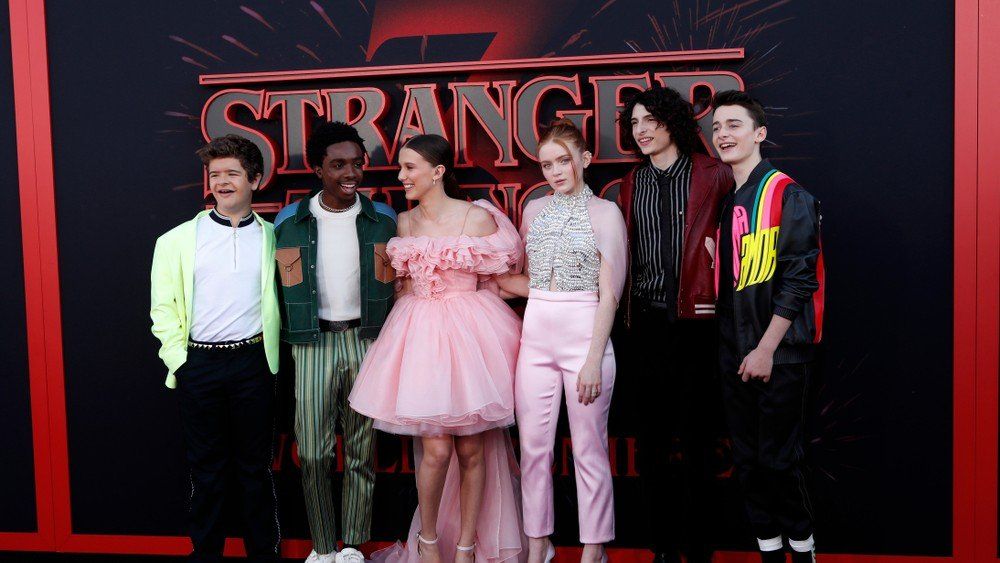 Once 'Stranger Things' starts filming again, there will be new rules including hiring fewer background actors.

According to a new status update by EG Casting, Netflix 's production for 'Stranger Things' is still on an indefinite hiatus. However, new rules and regulations will be created once production starts. These new rules include limiting the number of background actors. In addition, extras will be expected to wear personal protective equipment and take safety training courses. Also, there will be temperature checks and hand sanitizer readily available.
"As of June 4, today, we do not have any information when Netflix will start up production again," the Facebook status update says. "However, when we do, several things will change with casting. First, scenes will be much smaller, so that means less extras. There will be strict protocols when we come back: testing, temperatures will be taken at the door, hand sanitizer will be readily available. We will go to paperless vouchers. Extras will be expected to wear PPE and take safety training courses. Hang in there. I know it is frustrating for all of us. We will get back to normal I promise."

Production for Netflix's 'Stranger Things' is on an indefinite hiatus.

New Mexico casting director, Elizabeth Gabel, broke the news via social media that production for 'Stranger Things' is on hiatus until further notice. "So far, we do not have a start update for Stranger Things. We are waiting to hear from production in Atlanta when we go back into production."
The casting director added that despite the hiatus, it is a great time for New Mexico actors to start growing their hair out. "Keep growing your hair, we will be in touch as soon as we hear any thing about wardrobe fittings and hair appointments."

According to reports, Netflix announced ‘Stranger Things’ will film in New Mexico. Netflix executives made the announcement during a conference at Hotel Chaco on Monday. This news comes after a local casting company was rumored to be holding an open casting call for the hit show. Details for the show were not released but, filming will take place in Albuquerque, New Mexico.

This news comes after Netflix announced making New Mexico a production hub. In 2018, the streaming company announced they will produce some of their films and movies in Albuquerque, New Mexico.

The streaming platform purchased ABQ Studios, a facility with eight sound stages, production offices and a back lot in Albuquerque’s Mesa Del Sol. Netflix says they will use the new studio for several productions including the apocalypse drama Daybreak, supernatural drama Chambers, and epic, suspenseful drama Messiah.

The state of New Mexico gave Netflix film incentives to move to the state by offering $10 million in funding through the Local Economic Development Act. The City of Albuquerque also gave up another $4.5 million.