HomeEntertainment NewsShia Labeouf: Celebrities are "Enslaved" and Robbed of "Individuality"

Shia LaBeouf: Celebrities are "Enslaved" and Robbed of "Individuality"

A few months ago, Shia LaBeouf announced that he was retiring from public life, however, the actor/filmmaker will be attending a Q&A on Thursday night at the Tribeca Film Festival. In the last couple of months, the actor has gone from Even Stevens to 'Nymphomaniac' and just like the controversy surrounding movies LaBeouf works on, the actor personl life continues to get weirder and weirder. 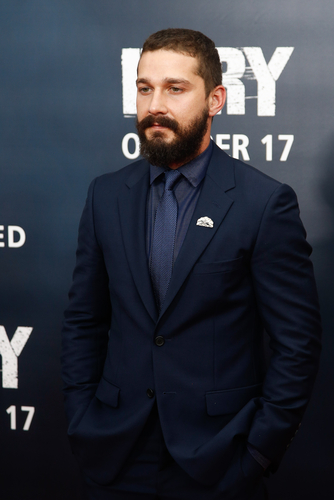 Debby Wong / Shutterstock.com   In a recent interview with Variety, LaBeouf calls out Hollywood for "enslaving" actors and celebrities. Here's what he had to say about being famous and an actor.

You’ve been in the spotlight a lot, and you’ve talked about how it’s been hard to maintain your integrity as an artist. Why does the spotlight make it difficult to create art? Do you feel like you’re in a better place now as an artist? The craft of acting for film is terribly exclusive and comes with the baggage of celebrity, which robs you of your individuality and separates you. The performance work is democratized and far more inclusive. As a celebrity/star I am not an individual — I am a spectacular representation of a living human being, the opposite of an individual. The enemy of the individual, in myself as well as in others. The celebrity/star is the object of identification, with the shallow seeming life that has to compensate for the fragmented productive specializations which are actually lived. The requirements to being a star/celebrity are namely, you must become an enslaved body. Just flesh — a commodity, and renounce all autonomous qualities in order to identify with the general law of obedience to the course of things. The star is a byproduct of the machine age, a relic of modernist ideals. It’s outmoded. I started acting as a child. It has been a long time since I’ve known another way. I think our work, for me, is my adult self putting another room on the house to gain perspective on the house.

Those are deep words for a man who wore a paper bag on his head at a movie premiere. Shia Labeouf (cinemafestival / Shutterstock.com) What do you think? Discuss this story with fellow Project Casting fans on Facebook. On Twitter, follow us at @projectcasting.
Previous article[Watch] 'Batman v Superman: Dawn of Justice' Trailer Leaks Online
Next articleSony Hack: Wikileaks Shares Entire Sony Hack Online