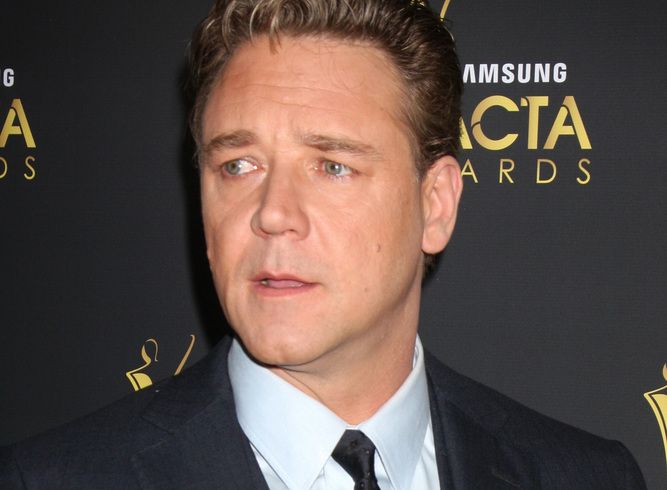 Hollywood movie actor, Russell Crowe, is pissed off with female actors in the entertainment industry.

Russell Crowe recently spoke with Woman's Weekly about actresses and how they should act their age.

The best thing about the industry I'm in – movies – is that there are roles for people in all different stages of life," Russell says, in an interview with The Weekly. "To be honest, I think you'll find that the woman who is saying that (the roles have dried up) is the woman who at 40, 45, 48, still wants to play the ingénue, and can't understand why she's not being cast as the 21 year old. "Meryl Streep will give you 10,000 examples and arguments as to why that's bullshit, so will Helen Mirren, or whoever it happens to be. If you are willing to live in your own skin, you can work as an actor. If you are trying to pretend that you're still the young buck when you're my age, it just doesn't work." Speaking animatedly now, Russell continues: "I have heard of an actress, part of her fee negotiation was getting the number of children she was supposed to have lessened. Can you believe this? This (character) was a woman with four children, and there were reasons why she had to have four children – mainly, she lived in a cold climate and there was nothing to do but fornicate all day - so quit arguing, just play the role! [via>

In an industry where actors defend people like Jared Leto for playing a transexual character or white actors cast as non-white characters just because it is considered acting beyond physical barriers it is difficult to understand why women should not be allowed to step outside of their actual ages. From Jezebel:

It's good to know that he is only bothered by the idea that women dare to expect the same treatment by studios as their "sexy" older male counterparts. How wonderful that Crowe is thrilled that Streep plays "her age." I wonder if he is as irked that people like Richard Gere, Jack Nicholson, Kevin Costner, Sean Connery and Eastwood have basically laughed off the entire concept of playing their age, too? Thanks Crowe for reminding us, yet again, that women are always held in contempt for doing anything remotely similar to what their male counterparts do without reproach.

Discuss this story with fellow Project Casting fans on Facebook. On Twitter, follow us at @projectcasting.
Previous articleKristen Stewart Tells Fan to "Get The F*CK Out of My Face" [Video]
Next article5 Things 'Back to the Future II' Got Wrong in 2015