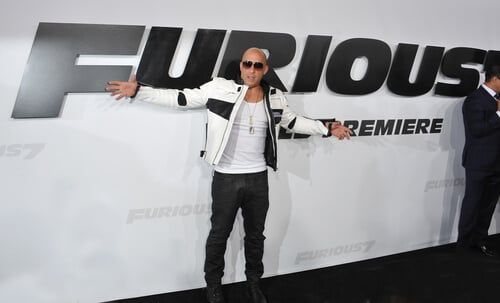 The billion-dollar Fast & Furious franchise is moving forward. According to Omega Underground, Furious 9 is now hiring and assembling the production team.

That said, the news outlet speculates that the upcoming Dwayne Johnson and Jason Statham movie could be getting delayed. It was rumored that the Furious spinoff Hobbs and Shaw would be ready for release on July 26tth 2019. However, a director has yet to be announced and Dwayne Johnson will be shooting Disney’s Jungle Cruise from May until August in Atlanta and Hawaii, suggesting the window for filming is a little tight.

The July date currently set would see the spinoff go head-to-head with Tim Miller’s Terminator sequel at Paramount, which is shooting over this spring and summer. The assumption already is that Universal will give Hobbs and Shaw a new date to avoid Terminator.

Jason Statham is also attached to shoot Expendables 4, after Stallone announced the movie on social media. Creed 2, which is now casting speaking roles, wraps production in May giving the impression that Expendables 4 could begin filming as soon as this summer.

Furious 9 might go into production before the Dwayne Johnson spinoff. It does not look like Hobbs and Shaw will be starting production until September, if not later in 2019. Neither project has established production dates.

Plot details for 9 are scarce but we’re hoping they go all-out and head into outer space. Furious 9 was originally slated for release on April 19th, 2019 only to be bumped to April 10th, 2020.

Related: What do you think? Discuss this story with fellow Project Casting fans on Facebook. On Twitter, follow us at @projectcasting.
Previous article'Conan The Barbarian' TV Series is In Development with Amazon Studios
Next articleNBC's 'Chicago PD' Chicago Casting Call for Shoppers