Taraji P. Henson is working hard in the streets of Atlanta for her new movie Hidden Figures and it looks like another major A-lister is going to be working with her in the next few days. According to reports, Pharrell Williams will produce and write music for Fox 2000's Hidden Figures. From THR: Related: Pharrell Williams Reveals Awkward Michael Jackson Story 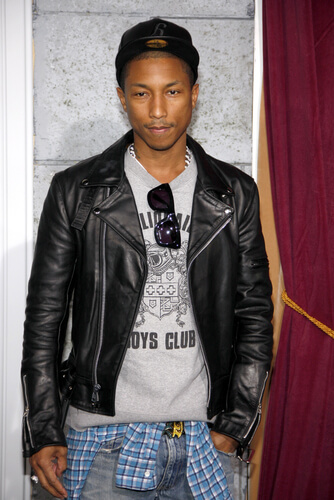 He will act as a producer on Fox 2000's Hidden Figures, and also will write and create original songs and will oversee all musical elements for the motion picture and soundtrack.

“After my producing partner Mimi Valdés and I heard about this project, we basically begged the producers and studio to allow us to participate. This is an extraordinary story about black women with genius mathematical minds who contributed to American history," Williams said Tuesday in a statement. "It takes place in Virginia, my home state, and at NASA, a place I've been obsessed with since childhood.”

If you're interested in acting job in the new Hidden Figures movie, check out the casting call details here.

Previous articleLooking for a Job? 'Temple' Starring Wesley Snipes is Now Hiring
Next articleEmilia Clarke: I Want More Male Nudity on 'The Game of Thrones'