Is Tom Hardy going to be the next James Bond? Las Vegas bookies think so.

The battle for the next James Bond is on. Everyone expected Daniel Craig to play James Bond for at least several movies, but his recent interview revealed that he's ready to throw in the towel on the James Bond franchise. So the rumors and speculation continue to run rampant, which ultimately caused a stir especially when the 007 author, Anthony Horowitz called Elba "too street" for the role, a statement he would later apologize for. 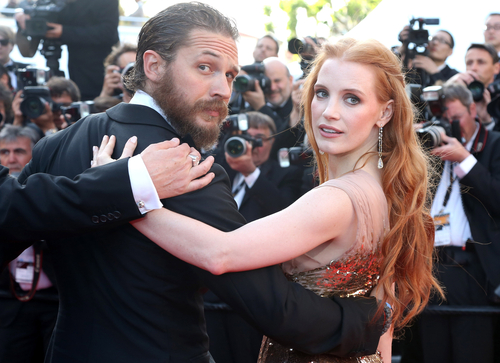 Featureflash / Shutterstock.com Elba is still the fan favorite but, nobody knows what's going to happen. However, that is not stopping bookies for placing bets on the next James Bond. Currently, Tom Hardy is the actor that is most likely to win the role.

“The Next James Bond market has certainly come alive with all the support coming in for Tom Hardy, who is now 4/1 from 6/1 to take over from Daniel Craig,” said BoyleSports spokesman Liam Glynn in a statement. The news is sure to leave Idris Elba fans shaken, not stirred. Elba is tied with former Homeland actor Damian Lewis as forerunner for the race with betting odds 3/1. “With the support showing no signs of drying up, we are expecting Tom Hardy to be the new favorite for the role sooner rather than later, which could result in BoyleSports being hit hard if Hardy lands the role,” Glynn said.

These Las Vegas style bets on franchise films is pretty interesting because people are putting money down on their favorite actors. But, Tom Hardy has tough competition from Henry Cavill and Michael Fassbender, two actors many regarded as the next James Bond. However, it is not that surprising to see Tom Hardy's name on the list. Although he is not the sweetest cookie in the pantry, he has experience playing action heroes and wild characters. But, whomever does decide to play James Bond expect their to be a huge backlash and a twitter hashtag calling for Idris Elba to play James Bond. (Via Variety)
Previous articleDisney XD is Now Developing 'Lab Rats' and 'Mighty Med' Spinoff
Next articleGary Oldman's New Movie 'Out of This World' Open Casting Call