HomePoliticsLooking for a Job? The Obamas are Now Hiring Interns 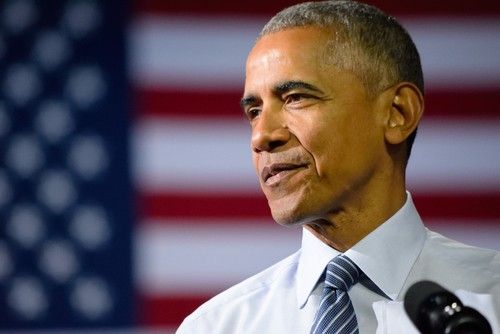 CHARLOTTE, NC, USA - JULY 5, 2016: President Barack Obama with the US flag in the background as he delivers a speech at a campaign rally for the presumptive democratic nominee in Charlotte. (Evan El-Amin / Shutterstock, Inc.)

Millions of people around the world wondered what the Obama family would do after their tenure at the White House has come to an end. Will they embark on a career in politics? Will they launch their media company? Well, it looks like a few lucky college students may find out. According to CNBC, the Obamas are now hiring interns for something called "The Office of Barack and Michelle Obama." The position will take place at the couple's new Washington, DC office, from February 27th through June 16. That is 16 weeks of hanging out with the former first family. The report says that responsibilities will focus on "correspondence," and the position will be best for people who “take initiative, manage their time well, have strong attention to detail, solid writing skills and the utmost commitment to public service.” If you are looking for a job, then this opportunity may just be perfect for you. Applications for immediate openings of the coveted internship were due on Feb. 8th. According to SFGate, those with questions about the position are asked to email [email protected] What do you think? Discuss this story with fellow Project Casting fans on Facebook. On Twitter, follow us at @projectcasting.
Previous article'National Enquirer Investigates' Open Casting Call
Next article'SNL' Ratings Hits 6-Year Ratings Record