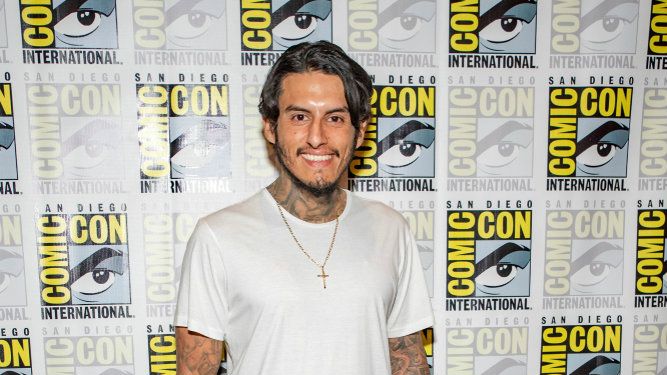 F.X. is preparing to bid farewell to "Mayans M.C.," only months after the organization renewed it for a fifth season.

At the 2023 Television Critics Association winter press tour, F.X. Productions and Content Chairman John Landgraf revealed that Season 5 of "Mayans M.C." would be it is last. His statement created a buzz in the audience as he opened the network's presentation to kick-start his speech.

The universe of "Sons of Anarchy" returns with JD Pardo as the lead character, Ezekiel "E.Z.' Reyes. He plays a member of the Mayans Motorcycle Club Charter between California and Mexico's border. Witness this gripping series that aired from 2008 to 2014 on F.X.! He and his brother Angel (Clayton Cardenas) are struggling to unify other chapters of Santo Padre M.C., but their attempt fails, leading them to face retaliation from the others. The brothers have grown distant from their father, Felipe (Edward James Olmos), who has caused a significant betrayal in the family. This drama is aided by Danny Pino, Carla Baratta, Michael Irby, Raoul Max Trujillo, Emilio Rivera, Sarah Bolger, Frankie Loyaly, Joseph Lucero, and Vincent Vargas. This drama is bound for an intense season!

The series' grand finale was expected, for Elgin James, co-creator of the show, had already revealed his vision for how it would end.

At the red carpet debut of Season 4, he revealed to Variety, "We already know how it ends. I know the very last shot. So, it's not in Season 4, so I'm just going to say there at least has to be one more. But we know exactly where it ends, and we have been headed there for a while now."

From 20th Television and F.X. Productions, "Mayans M.C." was co-created and co-executive produced by Kurt Sutter and James, who recently signed a multi-year deal with 20th.

Black Panther 3' is Reportedly in Development

Letitia Wright is fanning the excitement as she recently teased that 'Black Panther 3' is already in progress! On the red carpet of last night's glamorous Golde…

From Marvel to Superhero Films, Pedro Pascal is Ready and Willing to Take on the Lead Role! The actor discussed the relevance of heroism in today's politically ...