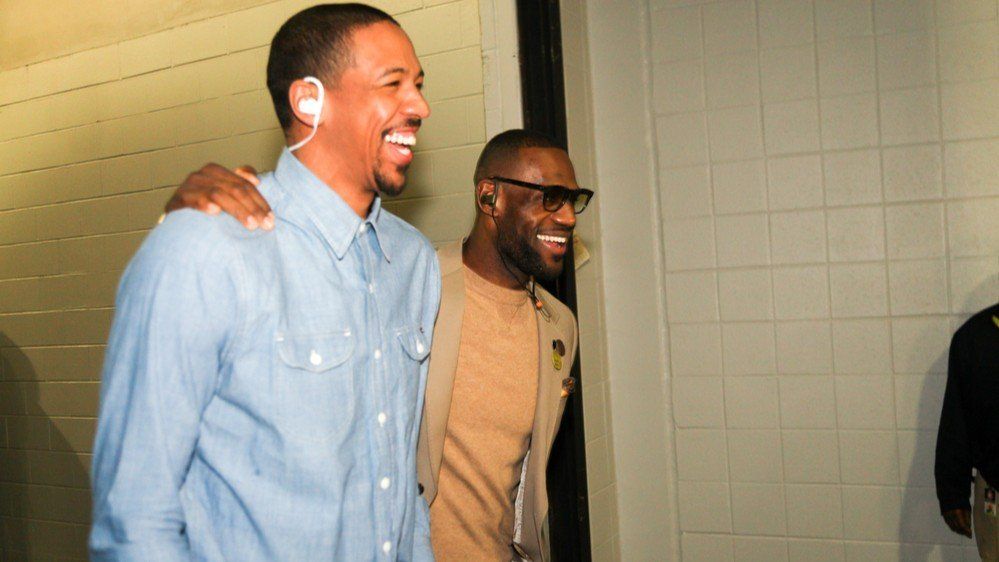 LeBron James is reportedly having trouble casting NBA players for the sequel.

LeBron James is getting ready to shoot a sequel for “Space Jam”, as his first season with the Los Angeles Lakers come to an end. As was done with the Michael Jordan-led 1996 “Space Jam” movie, the basketball star has been recruiting additional high-profile players also to make appearances in the film, but he’s reportedly having a hard time recruiting other NBA players to join him.

According to Brian Windhorst of ESPN, LeBron James has a few top players he would like to cast in “Space Jam 2”, but he "hasn’t been able to close some of those deals." During the ESPN sports writer’s recent report during an ESPN telecast, he speculated other NBA players might have turned him down because “you put me in the movie where you're the star, I'm going to be the one you're dunking on."

Maybe some of the other players are not interested in playing second-fiddle to LeBron James. Hoop Hype writer Bryan Kalbrosky said in a tweet that he’d been told star players may be turning down Space Jam 2 because the pay may not be high enough to convince them. That said, Kalbrosky said he also spoke to entertainment industry insiders who told him the amount being offered is quite high for a cameo.

It is important to note, James is an executive producer on the movie who indeed has significant influence when it comes to making decisions as to who will and who will not appear in the film. In the first “Space Jame,” Michael Jordan was joined by Charles Barkley, Larry Bird, Shawn Bradley, Larry Johnson, Patrick Ewing, and Muggsy Bogues. The addition of other NBA stars would drum up interest into the movie and allow some other players to be a part of this cinematic event.

Currently, “Star Trek: Discovery’s” lead Sonequa Martin-Green was cast to appear in “Space Jam 2” last week as LeBron James’ wife. It begs the question, which basketball stars did LeBron James ask to join him in the movie? Was it Kobe Bryant? Perhaps Michael Jordan? What about his teammates from the Lakers?

It is important to note, LeBron James still has time to recruit more players for “Space Jam 2” as the movie is set to be released on July 16, 2021.

"Space Jam 2" is now casting speaking roles - here's what you need to know. If you’re interested in joining the Looney Tunes crew following their 1996 “Space Jam” hit movie, a sequel is coming...

‘Space Jam 2’ To Film in California

The upcoming sequel to the Warner Bros.’ Space Jam, Space Jam 2, will film in California. According to The Hollywood Reporter, the sequel starring LeBron James and produced by Black Panther’s Ryan Coogler will film...

The director of the original Space Jam says a sequel is a bad idea. With the recent news that a sequel to 1996's cult classic Space Jam is coming soon, the director of the original movie has taken the...
Previous articleActor Mark Duplass Says He's "Appalled" At How Extras Are Treated As "2nd Class Citizens"
Next articleThe Rock Praise's Georgia Film Crew As "Jumanji 3" Wraps Production in Atlanta