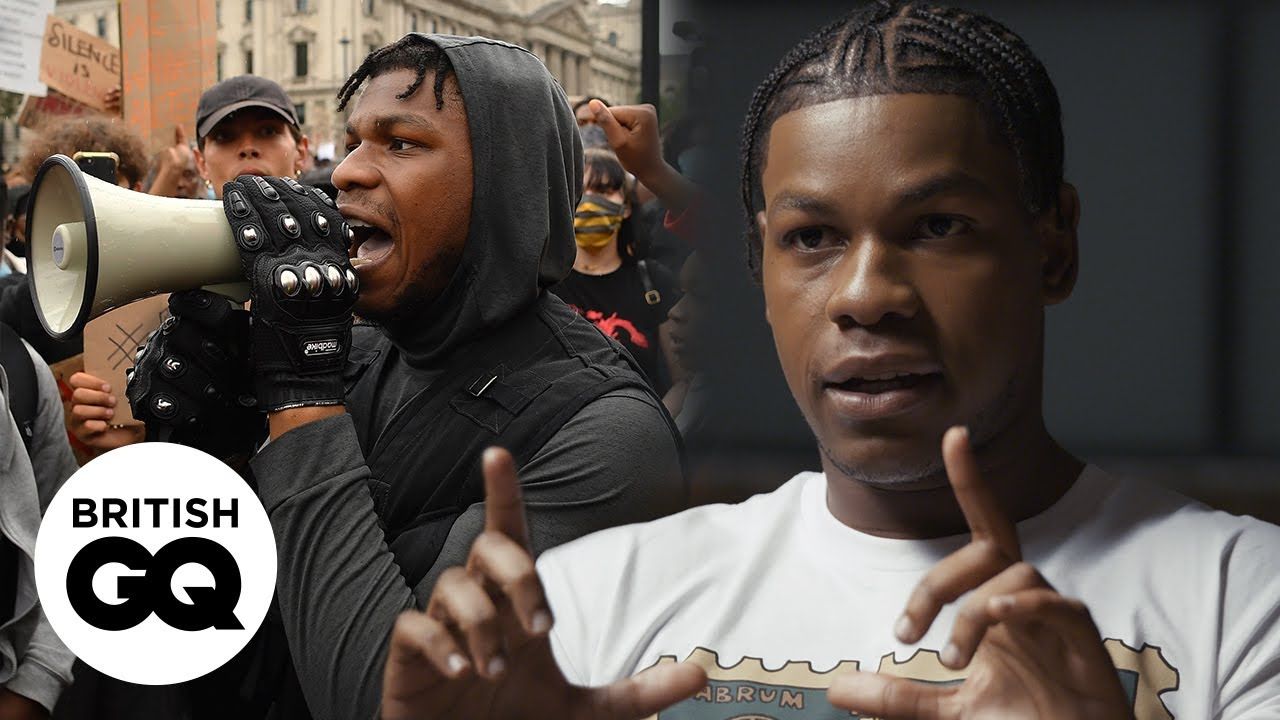 John Boyega calls Star Wars out for marketing a Black character to only push them out.

The latest Star Wars trilogy has come under fire since the franchise debuted. One of those people upset with the franchise is the movie’s leading man, John Boyega.

Since the trailer was released and we saw Boyega as a Storm Trooper, Boyega became a star. Not only was the first Black leading actor of the Star Wars universe, but he had the acting chops that encouraged you to cheer him on from the theater seats.

After The Force Awakens ended, many assumed Finn’s storyline was going to be important in the future of Star Wars. John Boyega was under the same impression until the sequels started production.

In an open interview with GQ, Boygea suggested his fellow diverse central cast members, including Naomi Ackie, Kelly Marie Tran, and Oscar Isaac, all had the same experience.

“You get yourself involved in projects, and you’re not necessarily going to like everything. [But> what I would say to Disney is do not bring out a black character, market them to be much more important in the franchise than they are, and then have them pushed to the side. It’s not good. I’ll say it straight up,” commented Boyega.

Boyega also cared about his costars being heard and seen.

Boyega continued speaking on how being Black affected the Star Wars storyline. “I’m the only cast member who had their own unique experience of that franchise based on their race… It makes you angry with a process like that. It makes you much more militant; it changes you. Because you realize, ‘I got given this opportunity, but I’m in an industry that wasn’t even ready for me.’...Nobody else in the cast had people saying they were going to boycott the movie because [they were in it]. Nobody else had the uproar and death threats sent to their Instagram DMs and social media, saying, ‘Black this and black that and you shouldn’t be a Stormtrooper.’ Nobody else had that experience. But yet people are surprised that I’m this way. That’s my frustration.”

Finn’s character does not have much of a backstory or a character arc throughout the sequels. That said, Boyega does not call out anyone specifically and even praises JJ Abrams, mentioning he only came back to save Disney after The Last Jedi backlash. However, it is frustrating that we get this fantastic character and then get nothing much out of the storyline.

Boyega will star in an upcoming Steve McQueen project, and he will have his own production company, so it will be interesting to see what projects he develops for himself and others.

This news comes after John Boyega gave an incredible Black Lives Matter speech. Boyega attended a protest in London’s Hyde Park, where he delivered an emotional speech putting the movement over his acting career.

“Every black person understands and realizes the first time you are reminded that you are black,” Boyega added, occasionally stopping to fight back tears during the speech. “You remember. Every black person in here remembers when another person reminded you that you were black.”

“Look, I don’t know if I’m going to have a career after this, but f*** that,” referencing his acting career and relationships in Hollywood.