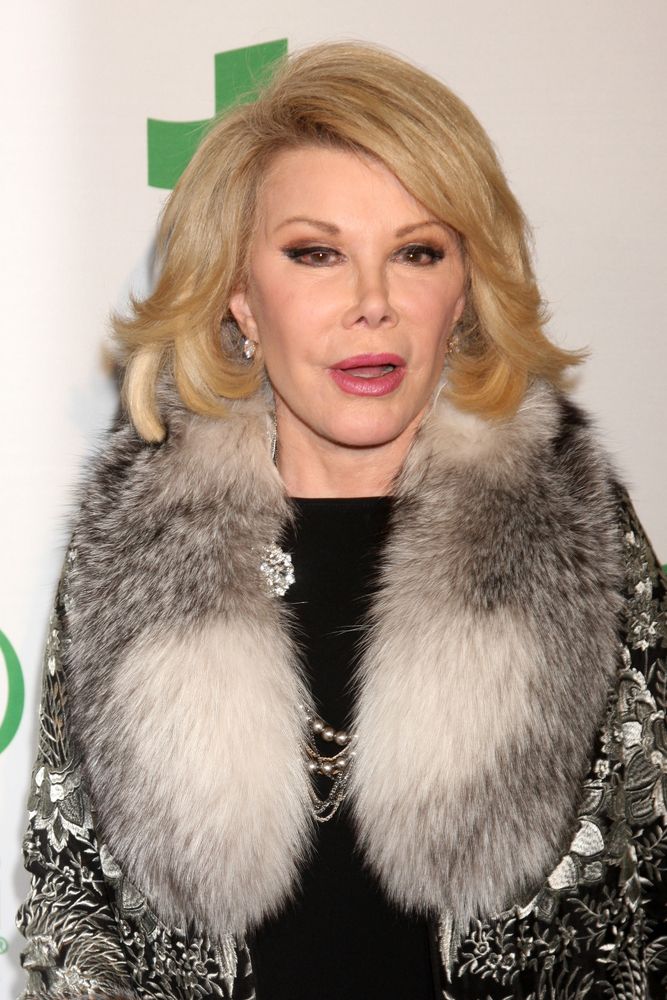 Joan Rivers has passed away at 81.

Joan Rivers, the iconic stand-up comic and queen of gossip has died. She was 81, her daughter, Melissa Rivers, said today. Joan Rivers was undergoing surgery on her vocal cords ata clinic in New York City when she stopped breathing and had to be transported to Mount Sina Hospital. Melissa Rivers and her 13 year old grandson, Cooper, who lived with her in Malibu, California rushed to her side. "My mother's greatest joy in life was to make people laugh," Melissa Rivers said in a statement. "Although that is difficult to do right now, I know her final wish would be that we return to laughing soon."

Sam Aronov / Shutterstock.com Rivers was always opinionated and brassy.  "I mock everybody, regardless of race, creed or color," she told the Toronto Star in July. "Every joke I make, no matter how tasteless, is there to draw attention to something I really care about."

Four years earlier, she explained her no-holds-barred approach to The Times of London: "If you laugh at something, you shrink the dragon."

R.I.P Joan Rivers you will be missed. What do you think?Discuss this story with fellow Project Casting fans on Facebook. On Twitter, follow us at @projectcasting. Photo Credit: Helga Esteb / Shutterstock.com
Previous articleMTV Casting Call for Asian Fab Fashionistas
Next articleGospel Singers Casting Call in Atlanta, Georgia