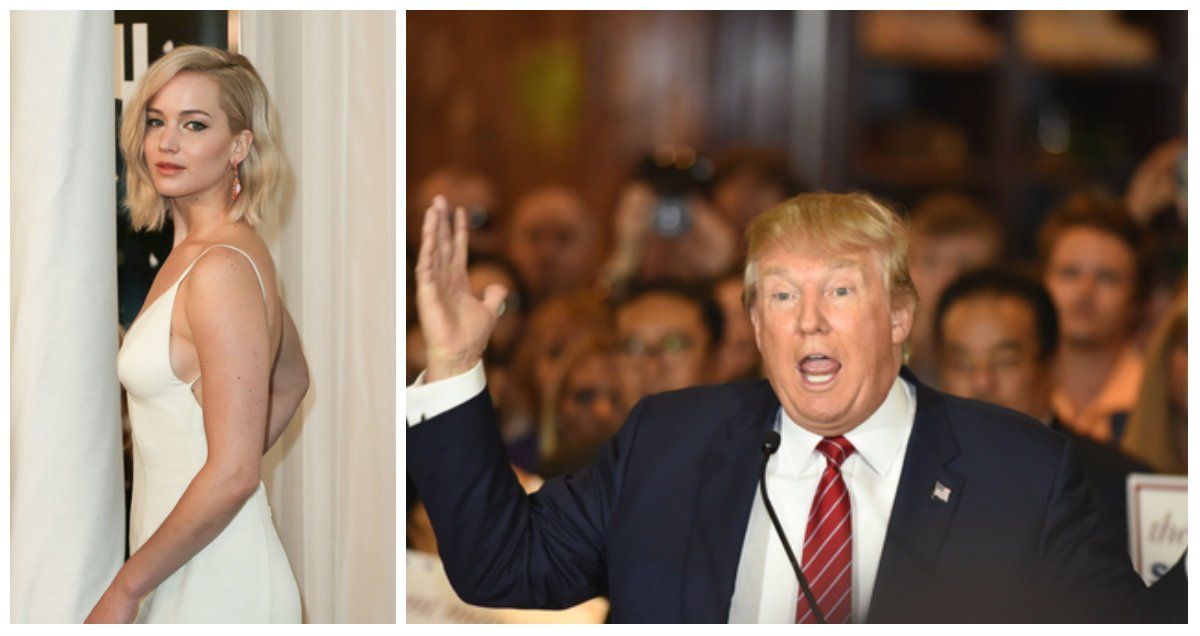 Jennifer Lawrence may not be voting for Donald Trump for President.

The actress was promoting her new movie X-Men: Apocalypse on the popular UK series The Graham Norton Show on Friday when she was asked if she had ever met Donald Trump. Related: Jennifer Lawrence May Star in ‘Ocean’s 11’ Reboot “I was at a concert that I heard he was attending, so I had my full security. I was like, ‘Find Donald Trump,’” she said. “I was adamant on finding him and then making a video of me going, ‘Hey, Trump. F— you!' I think he knew I was looking for him." This is not the first time Jennifer Lawrence bashed Donald Trump. Several months ago Lawrence said if Donald Trump becomes president, it will be the end of the world.

“If Donald Trump becomes president, that will be the end of the world.” (Via)

Her co-star Liam Hemsworth agreed wither. “I’ll back you up on that,” he said, while Josh Hutcherson has a theory: “It’s a publicity stunt. It can’t be real.” Related: Jennifer Lawrence: Harrison Ford Ford Didn’t Know Who I Was [VIDEO>

“I genuinely believe that reality television has reached the ultimate place where now even things like this might just be for entertainment,” Lawrence says. “It’s either that or it’s Hillary’s brilliant idea.” She adds, “I was watching him on the campaign trail and one guy said, ‘I love Donald Trump because he’s saying everything I’m thinking and I just can’t say it because of the PC factor.’ And I’m thinking, ‘You are absolutely right. That’s who I want representing my country, somebody politically incorrect. That will just be perfect.’” (Via Entertainment Weekly)

What do you think? Discuss this story with fellow Project Casting fans on Facebook. On Twitter, follow us at @projectcasting.
Previous articleRussell Crowe Reveals He's Never Taken Acting Classes
Next articleFacebook Will Feature 'Music' Videos in Your Newsfeed